The Data Center in the Cloud: One Component Among Many

It’s been said that the cloud represents a fundamental shift in the relationship between users, the enterprise, and the data with which they work.

A key facet of this change is the ability to spin up virtual and even physical data center environments on a whim, which leads to the interesting notion of how these resources are developed and deployed. It is reasonable to assume that with the cloud as the new data center, traditional resources will no longer be purchased and provisioned on a piecemeal basis. Rather, entire data centers will be implemented all at once. This is the same dynamic behind today’s hardware deployment, where whole servers or PCs are implemented, rather than individual boards, fans and chip sets.

The vendor community, in fact, has been prepping itself for this reality for some time. Nearly all of the major players have offered turnkey solutions for decades, but these usually represent pre-integrated components from their various product lines. Lately, however, vendors have been teaming up with newly minted software-defined networking (SDN) and other platforms in order to provide end-to-end data center products that do away with systems integration, testing and other complex processes.

Last spring, Dell teamed up with Big Switch Networks to bring open networking to its fixed form-factor architectures, which the company says will provide a middle ground between the white-box and black-box extremes of rival solutions. A key goal of the partnership is to foster an incremental path toward flexible fabric switching via Dell’s SDN controller application portfolio and Big Switch’s Switch Light OS.

More recently, IBM and Cisco have forged a pact that combines Cisco’s UCS platform and the IBM Storwize storage system into what is called VersaStack, a full data-center solution aimed at cloud, Big Data, mobility and other emerging applications. The idea is to provide a streamlined framework that simplifies both the deployment and management of full-service data environments, while providing a more integrated storage and network stack that improves flexibility and scalability.

As well, Brocade and Mirantis are working together to devise on-demand, open data center solutions. Mirantis recently certified Brocade’s OpenStack plug-in on the VDX switch portfolio for its OpenStack platform and the Fuel automation system. The partners say that this provides enterprises and cloud providers alike with a rapidly deployed, software-driven and easily scalable data environment suitable for public, private and hybrid clouds. At the same time, the deal allows other Brocade systems, including the Virtual ADX and the Vyatta vRouter, to augment the combined platform. 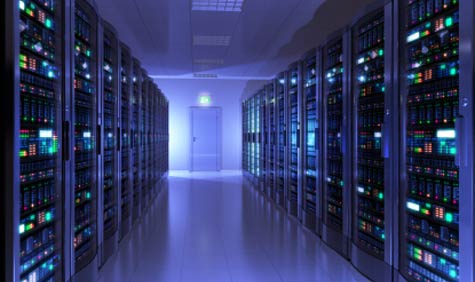 VMware is eager to foster an all-software approach to data center provisioning as well, going so far as to share its virtual hegemony with potential rivals like Docker and Google’s Kubernetes. The company is partnering with these groups along with the Pivotal Cloud Foundry that it already has a hand in, to simplify the deployment and management of virtual containers that enable organizations to share virtual machines across multiple workloads. VMware is in fact embracing container-style virtualization on its Fusion, vCloud and vSphere platforms as a means to provide secure, flexible data environments for emerging applications like Hadoop, Spark and Cassandra. As well, the company is working with Mesosphere on a platform that would help organize physical and virtual resources into broadly scalable resource pools.

The idea of the data center as simply another component of a broadly distributed digital environment is both unnerving and intriguing. On one hand, it would mean only the well-heeled would have the ability to build and maintain the data infrastructure of the future, with the rest of the world leasing capacity and services as needed. On the other, it has the potential to remove a major cost center from the balance sheet, giving organizations the ability to focus resources on key business goals.

Anyone who wants to build a data center the old way will probably still be able to do so, but it won’t be the most effective platform, and it certainly won’t be the cheapest.