Nine Email Scandals that Underscore the Need for Proper Archiving

It’s critical for organizations to easily access documents, emails and even text messages. If those forms of information are deleted without being properly preserved, they could be lost forever. This poses an issue when a company needs to provide these records to aid regulatory compliance, a legal suit or an employee dispute.

There have been countless examples of how an archiving system has impacted a company, both negatively and positively. Being able to easily access archived documents, emails and messages takes the guesswork out of certain situations and will ultimately protect your company if used correctly. Greg Arnette, founder and CTO, Sonian, a pioneer in cloud-powered archiving, has identified nine situations in which having records accessible, or not having records accessible, has largely affected companies and employees. 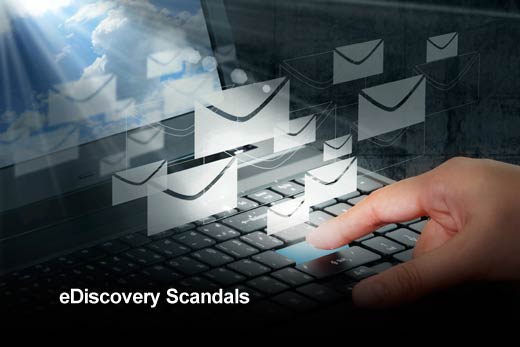 Click through for nine email scandals that have had a significant impact on the eDiscovery industry and highlight the need for cloud archiving, as identified by Greg Arnette, founder and CTO, Sonian, a pioneer in cloud-powered archiving. 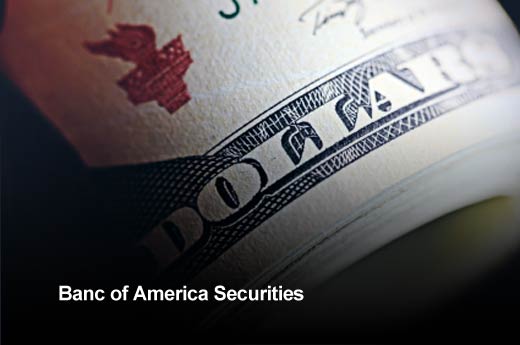 The SEC fined one of America’s largest banks $10 million for failing to retain and produce emails in accordance with regulations.

Banc of America Securities, a unit of the Bank of America Corporation, was found guilty of violating the laws of record keeping and access requirements. According to the SEC, the firm had “repeatedly failed to promptly furnish documents requested by the staff, provided misinformation concerning the availability and production status of such documents, and engaged in dilatory tactics that delayed the investigation.” The firm failed to produce an email exchange regarding issues that employees knew were under investigation.

As a result, Banc of America Securities agreed to pay a $10 million penalty to settle the claims. When this happened in 2004, that amount was a record fine for a violation of this type. The SEC used this example to explain that they will not tolerate unreasonable delay in responding to their inquiries. 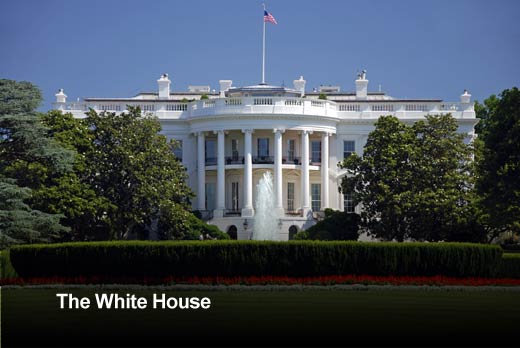 The National Security Archive sued the White House over the apparent loss of five million emails.

As a result of the lawsuit, the defendants found 22 million more emails than they could find in 2005 and identified “other repositories” of emails, which added one million emails to the archive. This lawsuit paved the way for a new email archiving system, which is currently being used in the White House. 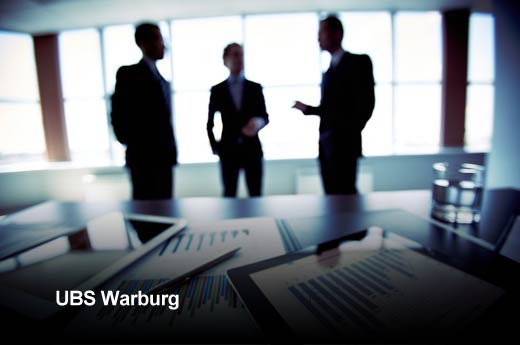 A U.S. judge awarded $29 million to a plaintiff in a lawsuit for the defendant’s non-compliance with the Federal Rules of Civil Procedure.

Laura Zubulake filed an employment discrimination lawsuit against UBS Warburg after she was denied a promotion she thought she deserved, and harassment from her male coworkers ensued. When compiling the electronic evidence, only 120 emails were found and UBS claimed any other emails didn’t exist. UBS then changed its story and said the emails existed on backup tapes, but would be too expensive to retrieve.

The judge ruled that “UBS failed to preserve relevant emails, even after receiving adequate warnings from counsel, resulting in the production of some relevant emails almost two years after they were initially requested and resulting in complete destruction,” and awarded Zubulake $29.2 million. This lawsuit helped propel the eDiscovery industry into the limelight and made it an industry worth billions. It also changed the way lawyers approached electronically stored information. 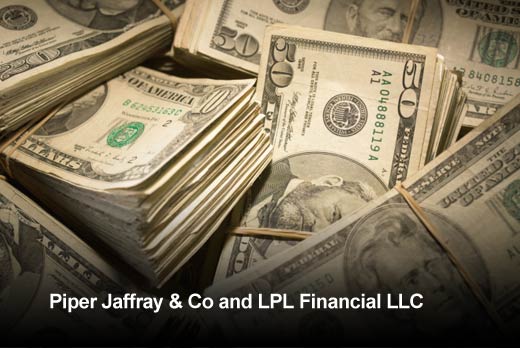 The Financial Industry Regulatory Authority (FINRA) fined Piper Jaffray & Co $700,000 for violations related to its failure to retain around 4.3 million emails from November 2002 through December 2008. Moreover, Piper Jaffray failed to inform FINRA of its email retention and retrieval issues, which affected the firm’s ability to comply with email extraction requests from FINRA. FINRA only discovered the issue within Piper Jaffray’s email system when investigators requested emails sent and received by a former firm employee suspected of misconduct.

FINRA also charged LPL Financial LLC with email violations that cost the firm $7.5 million, which is the largest fine ever brought by FINRA exclusively for email violations. FINRA said that LPL grew its business and failed to devote sufficient resources to update its email system. It also said the email system became increasingly complex and unwieldy and the firm had many systematic failures that prevented access to hundreds of emails from 2007 to 2013. Both firms handled the accusations of their email misconduct differently.

To settle the issue, Piper Jaffray neither admitted nor denied the charges but consented to FINRA’s findings. On the contrary, LPL reported the issues relating to the surveillance of emails and cooperated fully. They since have undertaken a comprehensive redesign of their email system. 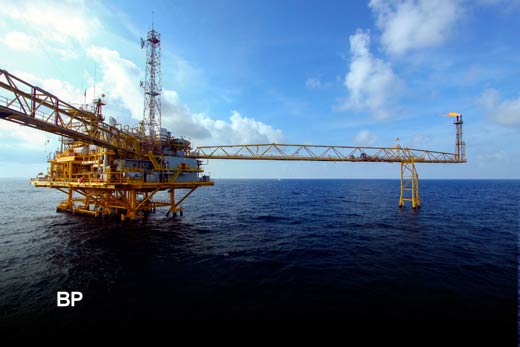 An engineer was convicted of obstruction of justice for deleting messages after an oil spill in the Gulf of Mexico.

Kurt Mix, an engineer at the time of the BP oil spill in the Gulf of Mexico, was brought in after the accident to help stop the flow of oil. The plan he was a part of, “top kill,” failed because the flow rate of the well was far greater than what BP had acknowledged in public. The government knew BP wasn’t being honest about the flow rate because of text messages Mix sent that were in their possession. Mix was accused of deleting those text messages containing information about BP’s misrepresentation of how fast oil was flowing from the broken well.

In May 2012, Mix was indicted for deleting these text messages and in December 2013, Mix was found guilty and faced up to 20 years in prison and over $200,000 in fines. In June 2014, Mix was granted a new trial due to juror misconduct with the defense counsel and is now awaiting a new trial date. 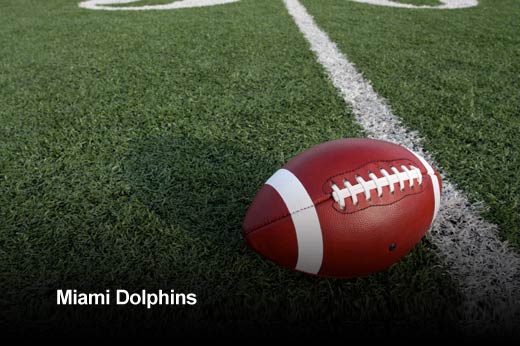 Former Miami Dolphins guard Richie Incognito was thrown into the public eye in 2013 when his former teammate Jonathan Martin unexpectedly left the team. Martin reported an endless amount of verbal and cyber abuse, as well as hazing from Incognito, and it wasn’t long before thousands of text messages surfaced verifying Martin’s accusations.

The text messages were used as direct evidence against Incognito and other Dolphins players. Incognito was suspended from the Dolphins for “actions detrimental to the team.” In 2014, he was cleared to play for the season but the Pro Bowl offensive lineman has yet to be signed by a team. 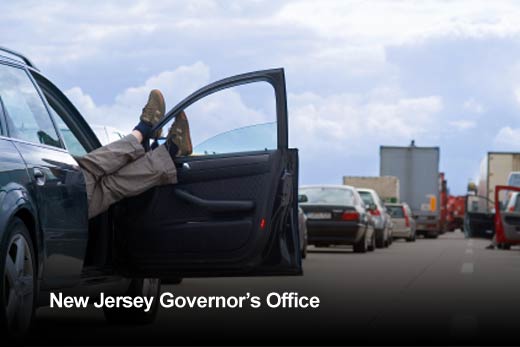 New Jersey Governor Chris Christie became embroiled in a political scandal because of emails sent by his top aides.

In 2013, New Jersey saw some of the worst traffic jams due to two of three access lanes being closed on the George Washington Bridge. According to the Port Authority, the lanes were closed for a traffic study. The traffic prevented students from getting to school as well as emergency services from arriving at medical emergencies. However, correspondences between Deputy Chief of Staff, Bridget Ann Kelly, and David Wildstein, former Port Authority official, surfaced showing that there was ill intent behind the traffic jam. In one email, Kelly writes, “Time for some traffic problems in Fort Lee” to Wildstein, who responds “Got it.” Three weeks later, Wildstein sends an email to Kelly that says, “I’ll call you Monday AM to let you know how Fort Lee goes.”

In addition, Fort Lee Mayor Mark Sokolich sends an email asking for help with the traffic, mentioning that children can’t get to school. Wildstein replies, “They are the children of Buono voters,” referring to Christie’s Democratic opponent for governor, Barbara Buono.

Once the emails and text messages were revealed, Kelly was fired and went to court to fight the subpoenas for documents on the lane closures on the bridge. Wildstein was found guilty of contempt after refusing to answer questions during an Assembly hearing. Ultimately, this led to a distrust of the Christie office. 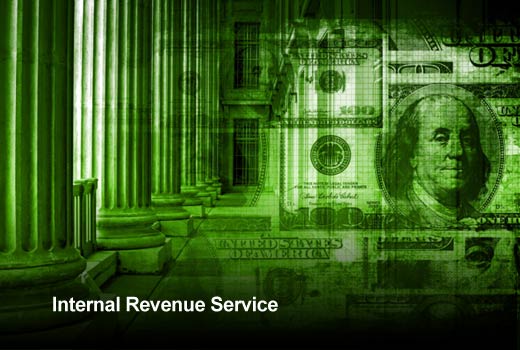 The IRS came under Congressional scrutiny because it couldn’t find two years worth of former employee Lois Lerner’s emails that had been subpoenaed.

In 2013, the IRS was accused of giving extra scrutiny to nonprofit applications with the words such as “tea party” or “patriot.” The blame fell on to Lois Lerner, the former IRS director, and she was accused of using her position to delay nonprofit applications for conservative and tea party groups. Republicans released emails attempting to show that her bias did, in fact, influence the decisions of the applications. The agency stated they lacked a centralized email archive and allowed employees to decide which emails constituted as an official record.

In addition, computer crashes have caused the IRS to lose emails from five other employees who were under investigation by Congress, including two agents who worked in a Cincinnati office processing applications for tax-exempt status. This brought the total number of alleged computer-crash victims tied to the IRS scandal to more than 20.

Sept. 5, 2014: Sen. Carl Levin, who chairs the Permanent Subcommittee on Investigations, releases a 224-page report suggesting that the IRS improperly treated both liberal and conservative groups applying for tax exemptions while criticizing the May 2013 report from the Treasury Inspector General for Tax Administration for focusing only on the scrutiny given to tea party groups. 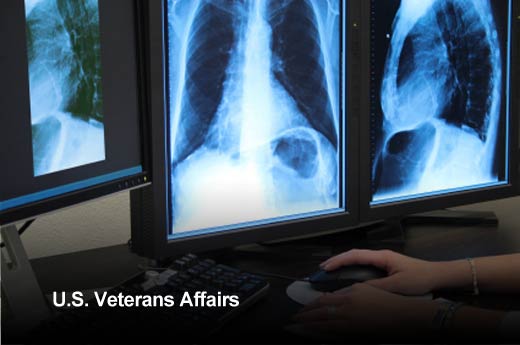 The U.S. Veterans Affairs Secretary resigned after emails surfaced allegedly discussing the destruction of a secret list of veterans waiting for care.

Eric Shinseki, secretary of Veterans Affairs, was forced to resign when it was made evident that employees throughout the VA’s hospital system conspired to hide months-long wait times for veterans who were seeking care. Some veterans were kept waiting years for treatment, while it was fatal for others, due to not catching life-threatening diseases in time. The House Veterans Affairs Committee voted to subpoena Eric Shinseki asking for emails that allegedly discussed the destruction of a secret list of veterans waiting for care in a VA hospital in Phoenix, Arizona.

As a result, Shinseki resigned and this scandal led to a heightened distrust of yet another department of the U.S. government, due to email documents and messages being leaked.

Previous articleThin-clients Are on the Verge of Creating a Tech Perfect Storm
Next articleGlassdoor’s Best Place to Work: Google