When it comes to anything related to governance, risk management and compliance (GRC), there’s always room for a lot of grousing. The two main issues, of course, are securing the cooperation of the parties involved and the reliance on a lot of manual processes to get the job done.

A survey of 191 GRC practitioners, conducted by the Ponemon Institute on behalf of the RSA unit of EMC, finds that a lack of resources and a lack of cooperation are the two biggest GRC impediments. But perhaps even more troubling is what appears to be a lack of faith in the IT tools available to help automate the process.

Of course, the one thing that everybody can seem to agree on is that the Payment Card Industry Data Security Standard (PCI DSS) is far and away the most difficult standard with which to comply. Whether that is a good or bad thing will naturally depend on your perspective. Click through for results from a GRC survey conducted by the Ponemon Institute on behalf of the RSA unit of EMC. A lot of activity everywhere. IT plays a critical role. They are a significant issue. 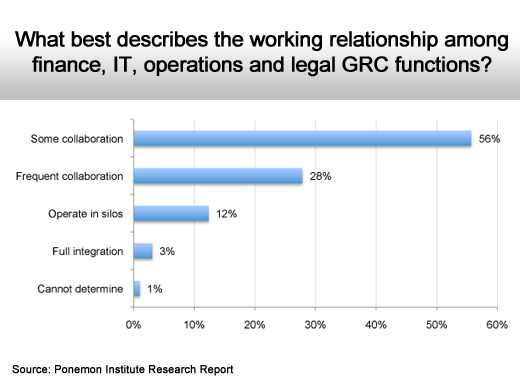 A lot of infrequent collaboration. 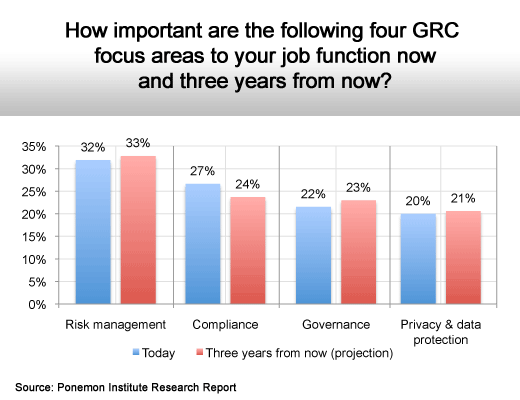 IT comes in a distant second. IT comes in second again. IT is a closer second. 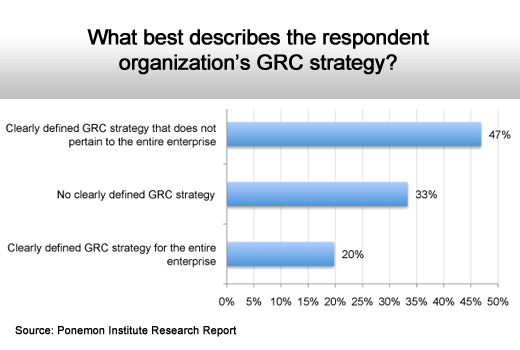 About half are confident. Someone appears to be in charge. About half are generally centralized. Focus is mainly on automating assessment. Not as high a score as one would think.