Symantec Corp. (Nasdaq: SYMC) recently announced the publication of its June 2011 Symantec Intelligence Report, the first Symantec report to combine the research and analysis from the Symantec.cloud MessageLabs Intelligence Report and the Symantec State of Spam & Phishing Report. This month's analysis reveals that spam is currently at the lowest level it has been since the takedown of McColo, a California-based ISP which hosted command and control channels for a number of major botnets, in November 2008.

Since the shutdown of Rustock, the largest spam-sending botnet, in March 2011, the volume of spam in global circulation each day continues to fluctuate. Spam accounted for 72.9 percent of email in June, returning to the same level as in April earlier this year. According to Symantec Intelligence, 76.6 percent of this spam was sent by botnets, compared with 83.1 percent in March.

“Spam remains a huge problem and spam levels continue to be unpredictable. Following the disruption of Rustock in March, approximately 36.9 billion spam emails were in circulation each day during April. This number rose to 41.7 billion in May, before falling back to 39.2 billion in June. During the same period last year, spam accounted for 121.5 billion emails in global circulation each day, equivalent to 89.3 percent of email traffic in June 2010. Over a twelve month period, a drop of 68.7 percent in volume resulted in a fall of only 16.4 percentage points in the overall global spam rate,” added Wood.

In the latest analysis, spam relating to pharmaceutical products accounted for 40 percent of all spam in June 2011, declining from 64.2 percent at the end of 2010. Spam subject line analysis shows that adult spam continues to flourish.

According to the Symantec Intelligence Report, spam messages promoting pharmaceutical products have been the most commonly seen spam attacks in June. Pharmaceutical products are deceptively marketed through spam emails employing a variety of obfuscation techniques. This month’s report highlights the changing nature of the spam-sending botnet landscape and online pharmacy spam using two different angles: a spoof of an online video sharing service and a new online pharmacy brand, perhaps seeking to exploit the popularity of the “wiki” name in a number of high-profile websites.

Last month, Symantec Intelligence also identified a new spam tactic being used, which introduced the “Wiki” name prefix for the promotion of fake pharmaceutical products relating to a new pharmacy brand, WikiPharmacy. The “Subject:” line in these attacks has a lot of randomization contained in the text. The “From:” header is either fake or a hijacked ISP account that gives a personalized appearance to the email. Click through for results from the June 2011 Symantec Intelligence Report. 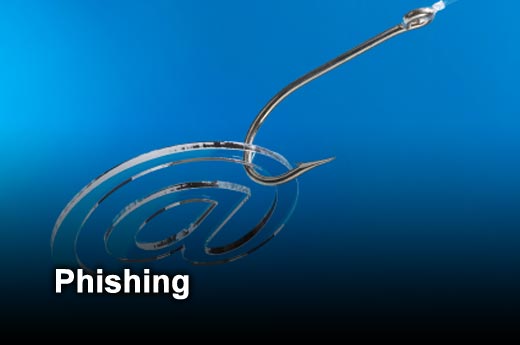 In June, MessageLabs Intelligence identified an average of 5,415 websites each day harboring malware and other potentially unwanted programs including spyware and adware; an increase of 70.8 percent percent since May 2011. The most frequently blocked malware for the last month was W32.Ramnit!html. This is a generic detection for .HTML files infected by W32.Ramnit[1], a worm that spreads through removable drives and by infecting executable files. The worm spreads by encrypting and then appending itself to files with .DLL, .EXE and .HTM extensions.