Often, advances in technology are initially discussed in conceptual terms. Only later are they tied to actual changes in behavior or how things in the real world operate. Creating excitement – and with it investments and other forms of funding – is important.

This is happening in the world of software-defined networks and network functions virtualization (SDN and NFV), the complex interrelated technologies that are changing the basic plumbing of telecommunications and IT networks. In short, by reworking how networks carry payload and management data, tremendous improvements can be made in how fluidly networks can be repurposed. Ultimately, the value of these networks rises and the cost of equipment shrinks.

But do SDNs and NFV change the experience of customers in their homes and offices? Certainly. And now companies are trying to provide that real-world insight.

In a sponsored piece posted at Network World, Ciena looked at how SDN and NFV will facilitate smart cities. The details are understandably complex. The bottom line, however, is that SDN and NFV enable cities to assign capacity fluidly and more cheaply. The key is to make it possible for the city to get rid of its data and departmental siloes:

How do cities become smart? The most immediate need is to converge disparate communications networks run by various agencies to ensure seamless connectivity. To achieve this, packet optical based connectivity is proving critical, thanks largely to the flexibility and cost advantages it provides. Then atop the packet optical foundation sits technology that enables NFV and the applications running on COTS (commercial off-the-shelf) equipment in some form of virtualized environment. SDN and NFV allow for the quick and virtual deployment of services to support multiple data traffic and priority types, as well as increasingly unpredictable data flows of IoT.

It’s a powerful new reality. A telephone company central office (CO) isn’t a city’s telecom network. That network, however, is made up of a many COs. Thus, an awareness of what is happening within a CO is important to understanding what is happening in a city. 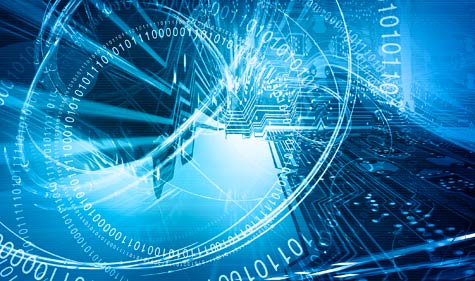 Larry Peterson at Cloud Tech discusses one approach to the transition from legacy to SDN- and NFV-based COs. CORD is a joint effort of AT&T and the Open Networking Lab. It reimagines the CO as a data center. Again, it’s complex. The takeaway is that the centralization and reliance on generic instead of purpose-built computing devices, combined with the cloud – another huge advance in telecommunications – shifts architectural and design requirements significantly. The project is a response to this evolution, the story says:

The goal of CORD is not only to replace today’s purpose-built hardware devices with their more agile software-based counterparts, but also to make the CO an integral part of every telco’s larger cloud strategy and to enable them to support more attractive and meaningful networking services.

Research on the emergence of SDN and NFV is also ongoing in England. EE Times says that Bristol is the site for a project using an SDN-based platform called CityOS. The project, which paid the city 75 million pounds and provided it with wired and wireless infrastructure for its trouble, links four area universities. The plan is to have an SDN network based on the OpenFlow protocol operational next summer.