7 Predictions on How NFV and SDN Will Mature

According to many industry analysts and influencers, software-defined networking (SDN) and network functions virtualization (NFV) are the technology game changers in 2015, especially within the telecommunications industry. Why?

According to estimates by research firm Gartner, global IP traffic has increased by a factor of five over the past five years, and will continue to increase threefold over the next five years. However, telecoms services revenues fell by 1.2 percent in 2013 to $1.62 trillion, and grew less than 1 percent in 2014. Thanks to the growth of the Internet of Things, an increasing number of devices and applications are connecting to the network, forcing telcos to find new ways for the network to cope. This has created a need to make networks more flexible and programmable to support this increasing need for data and bandwidth. But questions remain: Are these technologies still in their infancy, or will they become the de facto network architecture by the end of 2015, as some claim? How far and how fast will these technologies really have evolved by December?

In this slideshow, Ali Kafel, senior director and head of telecom business development for Stratus Technologies, offers seven predictions for how NFV and SDN will mature by the end of 2015. 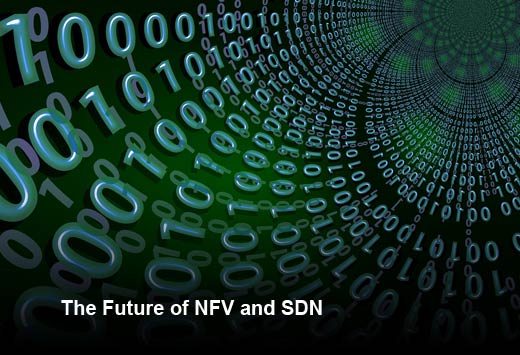 The Future of NFV and SDN

Click through for seven predictions on how network functions virtualization (NFV) and software-defined networking (SDN) will mature in the second half of 2015, as identified by Ali Kafel, senior director and head of telecom business development for Stratus Technologies. 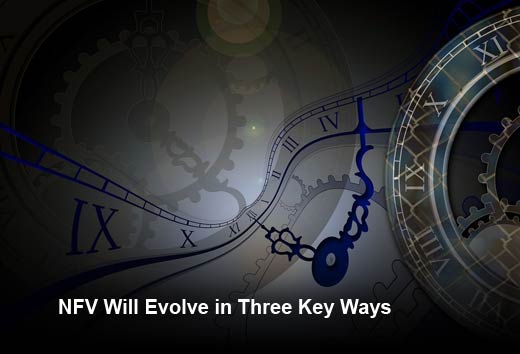 2015 is focused on three key things that will drive the evolution of NFV: 1) developing more proof-of-concepts (PoCs) and trials, 2) building alliances, and 3) defining standards through Open Platform for NFV (OPNFV) and other industry groups. These standards will govern the interactions between the different subsystems of NFV, such as virtual network functions (VNF), network functions virtualization infrastructure (NFVI), and management and orchestration (MANO), as well as for certain functions such as dynamic service chaining. PoCs and Trials Will Grow

There are currently 38 PoCs out there by the European Telecommunications Standards Institute (ETSI). By December, this will likely increase to over 50. There are also some trials, but telcos usually take a phased approach to adopting new technologies, moving from PoC to field trials to deployment slowly. This helps ensure that critical features such as functionality, security, performance and availability are solidly proven before they move to deployment. Therefore, it’s a slim chance that we’ll see many telcos moving beyond PoCs and a few trials this year. 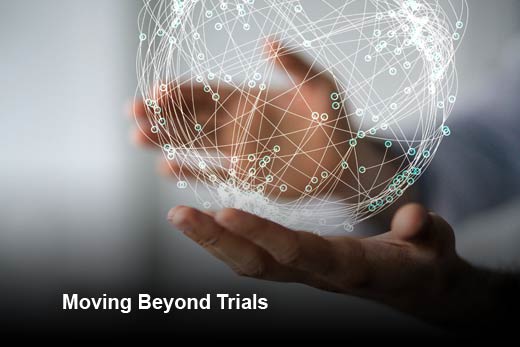 Tier-1 telcos will likely be the first to move beyond trials. Tier-1s such as AT&T, Deutsche Telekom, Telefónica and NTT are generally the most active in the industry and among the first to adopt new technologies. Since they have the most resources at their disposal, we can expect them to set the example for the industry as the first to move beyond the PoC and trial stages. By setting an example, they will support the smaller tier-2 telcos by providing lessons-learned from their rollout. The first network functions to be virtualized in production will be mobile service functions and customer premise equipment (CPE). While there are PoCs and trials that involve evolved packet core (EPC) network functions such as 4G gateways, policy control and enforcement functions, expect that CPE (such as Stateful Firewall, VPN, WLAN Controllers and NAT) will be the first to move toward virtualization. Before NFV and SDN become mainstream, stateful high availability and fault tolerance will need to be addressed. With the rise of mobile phones and VoIP, the telecom industry has become complacent – so much so that some people now accept that it is okay to “drop and reconnect” a voice call. Compare that to the days when the telecom network was considered rock solid – when dropped calls were not allowed and the dial-tone was as reliable as the sun rising in the East every day.

Now, service continuity and stateful fault tolerance are even more critical, as telcos make plans to virtualize stateful firewalls and distributed denial-of-service (DDoS) mitigation solutions, as well as the need to accommodate an incoming tide of IoT devices that will need to send and receive critical status and state information across the network.

Software-based stateful fault tolerance and automated resiliency in NFV/SDN telco clouds are critical to the success of these efforts. Telcos will also need a total availability platform where applications can be deployed, monitored and controlled as fault-tolerant, high availability and/or general availability, with the capability to dynamically adjust the level of availability based on the needs of each application. NFV and SDN will become mainstream in two years. At Mobile World Congress earlier this year, John Donovan of AT&T reiterated his commitment to convert 75 percent of the AT&T network to NFV and SDN by 2020. In order for this to happen, we should expect to see tier-1 telcos begin to deploy NFV/SDN in production in 2016. By 2017-2018, we should expect NFV to become a mainstream practice. Also by then, the tier-2 telcos and other companies interested in deploying NFV will have evaluated the ROI and best practices learned from the early adopters.