Google’s thin client platform, ChromeOS, is positioned as the answer to Windows XP migration pain. The promise is an appliance-like experience and an extremely low cost, but the reality is causing individuals and companies to balk. There have been a number of design wins in schools, but given that schools have both some of the highest pain in Windows migrations and lowest budgets, you’d think this trend would be stronger. Also, given that folks don’t like to publicly admit mistakes, generally moves to any new platform look better than they actually are. The Chromebook migrations don’t seem to be going that well.

The reasons that the schools are looking at Chromebooks is that they expect to see several advantages. The products don’t have much, if any, resale value so they are less likely to be stolen than PCs, which has generally proven to be true of thin-client products in general. They are very simple, largely solid state, and they are relatively reliable as a result. They are very inexpensive to purchase and replace, often falling below their Windows counterparts (though this gap is collapsing). They are relatively free of viruses because there simply aren’t enough in the market to interest the folks that appear to be writing the viruses.

Chromebooks sell on a high value model. This means they should be favored where budgets are tight. The problem is that while thin clients have a number of advantages, folks thought they’d be cheap to implement, but they generally aren’t. You need extremely high-performance, low-latency networks for them to be usable. Low-budget environments are on old high-latency networks, turning the resulting experience into a high-latency pain in the posterior. Kids aren’t known for their patience and having a lot of them in an overcrowded classroom would likely cause the educators distress.

Technology like the coming MU-MIMO routers using Qualcomm’s latest technology and delivered by companies like Cisco and Dell could address this by the end of the year, but these will be the most advanced and likely most expensive wireless routers. As noted, the schools most interested in Chromebooks appear to be among the most financially challenged. They may not be able to free up the additional funding to solve what may be the biggest impediment to adoption. 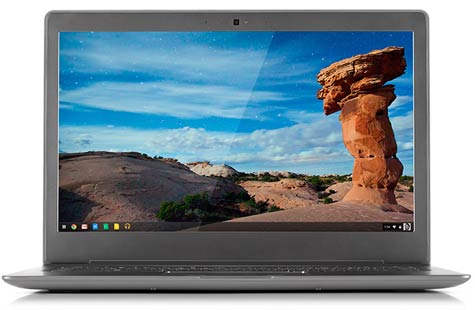 No one likes to retrain and apparently teachers are no exception. Moving from Microsoft Office is certainly part of the problem, but any tools they are currently using to manage their classes, including reuse of class material, is all mostly Windows- or Mac-based and doesn’t migrate easily. IT at schools is often underpaid and overworked and not that interested in retraining either. Students also have issues if they want to get help from parents or older siblings who don’t understand the platform. This would be less of an issue if the school wasn’t looking at these solutions to save money, but with squeaky tight budgets, they don’t have the money that is needed for retraining and apparently aren’t able, or just don’t, free up the funds for this activity.

The Problem with Thin Clients in Education

All of this reaffirms that at the core of the issue is that for an entity that is heavily cash constrained, the thin-client approach, because of the high switching costs, may not be the best choice, particularly if it includes a platform change. This suggest that Chromebooks would likely be better for a school that was comparatively well funded, but schools in this class appear to be more loyal to Microsoft and Apple. I think that is largely because, if given a choice, they don’t really want to change. That doesn’t mean there aren’t successful exceptions. I just haven’t spoken to one yet.

Wrapping Up: The Problem with Coming in at the Bottom

Most new technology enters from the bottom, but not in education. The bottom for education is actually books and paper. Microsoft actually entered toward the top in terms of cost, selling on increased capability, which drove budget changes, which funded its entry into education. Apple came in much the same way.  You’d think that coming in underneath Apple and Microsoft would work well in education and it likely would, if it weren’t for the switching and networking costs to make the solution work. Given those extra costs, a solution that sold on increased utility, with Apple and Microsoft’s history, likely would be more successful, but schools aren’t asking for more than what they currently have in terms of capability. Chromebooks don’t seem to be able to sell on much of anything but price and simplicity, though this could likely be changed.

In the end, the problem with education and Chromebooks may be similar to why we haven’t seen a lot of XP migrations to Chromebooks in business. It is a combination of a painful migration, inadequate low-latency networking, and being technology laggards, while thin clients remain in the technology leading category. They sell better when they provide a critical functionality like security than they do on price. Schools don’t have the interest in those other advantages, at least not to a degree that frees up the needed budget and tolerance for change. So part of the reason they are failing in schools is that Google just isn’t that interested in organizations that are technology laggards.

Finally, Microsoft’s reputation has been improving while Google’s has been declining. I didn’t mention increasing concerns about Google’s motives (mostly privacy issues), but those too are likely putting the brakes on some of Google’s efforts. Few think spying on kids by large faceless companies is a good idea.