I’ve been one of the Windows launch analysts since Windows 95 and I’ve seen some, well, one, wonderful high, some relatively problem-free but unexciting launches, and a number of absolute disasters. The Windows 10 launch has the potential to be much more like Windows 95 than all of these. For many of us, this will be the first time that Windows on tablets and phones actually makes sense. I spent yesterday getting a deep dive on the offering and this is reminding me far more of the Windows 95 launch, in a good way, than any other offering.

There has been a fundamental mind shift at Microsoft, and it is one that mirrors the work done at IBM during its recovery in the 1990s, driven by Louis Gerstner, and the amazing work Steve Jobs did at Apple last decade. It is very rare because engineers really, really, really don’t like to work this way. I mean, seriously, even though the method’s success is near legendary and startups actually often start out with this method, mature companies toss the method out because it annoys the engineers so much.

The method is “marketing first.” It speaks to why IBM in the 90s, Apple last decade, and Windows 10 now were and will be amazing. Be aware that this week’s announcement focused on user needs. There will be an enterprise brief later this quarter and I’ll provide an update at that time. I’ll also follow this up with a more content-centric post. Today, it is about process.

Windows 8 is likely the best known example of the way most technology companies would like to build products. The engineering teams come up with a product based on what they think customers will want, largely without really understanding what the customers wants and needs truly are. Then, in the final weeks before launch, they toss the resulting mess over to marketing, an organization they generally think is run by trained monkeys (with all due respect to actual trained monkeys), prepared to blame that organization when the product doesn’t sell well.

I’ve often thought that in many of these firms, getting the top marketing job should be followed by jumping out a window because it tends to be a career killer. I have three degrees, with a merchandising and marketing focus, and I would no more take a marketing job in most technology companies than I would look down the barrel of the gun while testing to see if it was loaded by pulling the trigger.

Windows 8 is a showcase for this approach: virtually no user or OEM input. Based entirely on the disconnected beliefs of the engineers who were creating it, it was broadly rejected by the market. It wasn’t buggy, and it did ship on time (both key engineering metrics), but the most important metric was completely ignored: whether it filled a real important need.

Now generally, there are some things in the product that marketing can figure out and some that with a little modification do fill needs, but the less time and influence marketing is given, the more likely the product won’t find a market.

My first experience at this was in IBM marketing (I wasn’t always smart enough to avoid this job), when a product manager came into my office and asked me to develop a marketing plan for his product. I asked him to tell me who the customer was, expecting some kind of demographic response. Instead, he said that if I needed to know that to do my job, I should go find that out. I refused the product, which had cost $20M to develop, and after a very expensive market test (done by someone else), it was determined that there wasn’t one customer for it.

This is also when I came up with the rule on product naming, which goes like this: “The only thing that everyone will agree on with a new product name is that the person that came up with it is an idiot.” That was after naming one product. Anyone who hasn’t done it thinks it is really easy, but it is anything but. 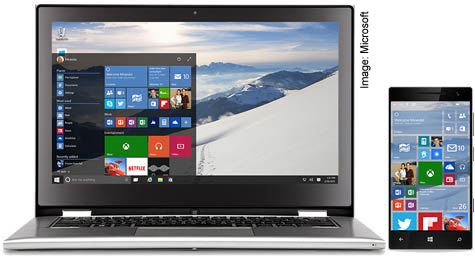 When you put the people who will be measured on how well a product sells at the front of the process, you get a very different product. We really saw this when the products Steve Jobs helped create replaced the products that had been doing poorly in the market and the company surged. Now, you need a strong marketing organization, and by strong I mean they can’t be just remission engineers, but people who know how to do the necessary research to determine what people currently want and will want when the product ships.

When you put a strong marketing organization up front, you get something magical. This is because the demand generation for the product and the product development evolve together and priority is shifted from what the engineers want to do to things that will resonate with current and new buyers. You get a multiplier effect, in that marketing has more time to develop and test programs and the product is far easier to market, because the final features more closely match what people already want. Marketing doesn’t have to try to convince them they want something different but just showcase features and capabilities that more naturally fit into what folks already think they want.

Windows 10 is the first product I’ve seen since Windows 95 that is truly marketing driven. It also showcases the improvements in market analysis and analytics that have come into the market since Gerstner’s time at IBM and Jobs’ passing.

As you go through the previews of Windows 10 this week, like me, you’ll likely be very pleased with what you see.  This is largely because the approach is vastly different. If this approach moves broadly across the company, it will dramatically change how people perceive Microsoft. Ironically, this happens at a time when it looks like Apple is drifting back to an engineering-focused model, much like the one that existed after Jobs left the company the first time. And I’m not convinced that Google can even spell marketing, given what happened with Google Glass, so it should vastly improve Microsoft’s competitive position if it remains in place. In short, Windows 10 is better because it was built for you, not despite you, and that is the true magic of this product.