The study focused on the degree to which corporate citizens will take action as the result of enterprise software usability challenges including the use of various types of PC-based software and the types of online free or low-cost applications.  Generational differences were also explored using four different age groups. 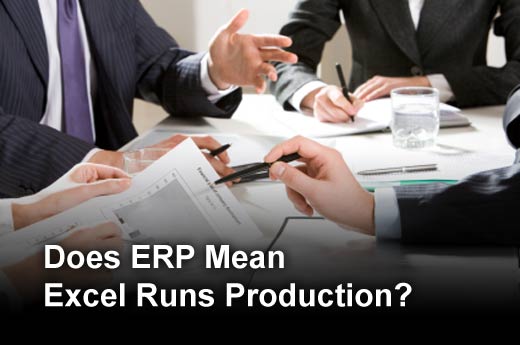 Click through for results from an ERP usability study conducted by IFS North America and Mint Jutras. Counter to many people’s perceptions of younger generations in the workforce, the 18- to 35-year-old group was least likely to definitely speak up or complain about the poor user experiences they were having with enterprise software. Those over 35 were most likely to definitely say something but extremely unlikely to simply suffer in silence.

This pattern may be due in part to the fact that younger managers may feel, perhaps with justification, that they lack influence within the organization so speaking up would have no effect.

Meanwhile, those most likely to say something about their negative software experiences were respondents over 45 years, who would have more influence and also a good deal of experience with both business and consumer-level technologies and have begun to expect the same ease of use in business as they see in consumer technology. Younger professionals are more likely to look to change jobs. But almost nobody would completely jeopardize their employment. A sizable majority of respondents also indicated that they were prone to using spreadsheets, including Microsoft Excel, instead of their enterprise system of record.

Respondents aged 18 to 35 were most likely to use spreadsheets (75 percent). Any one graduating from college or business schools within the last 10 years (at least) has gained extensive experience with Microsoft Excel, and is seeking the comfort level that comes with familiarity. Those who indicated they would use other software tools may do so because of their vertical industry or IT environment. Those working in an IBM-oriented environment may still hold licenses for Lotus Notes. Even when Lotus Notes is replaced with Microsoft Outlook for email, it is still often used for its collaboration capabilities.

Microsoft Project may be used by companies in project-intensive industries including engineer-to-order, machinery manufacturing, engineer-procure-construct, etc. Even in other non-project environments it is often used to manage internal projects

Corporate email was also seen as a replacement for enterprise software, and indeed, many professionals in a number of industries see an email trail as a way to track and manage data flowing between individuals. When asked specifically what free or low-cost Web-based applications respondents used as a workaround for poorly designed or hard-to-use enterprise software, a handful of document management and collaboration tools were dominant from a broad field of choices offered: How can software vendors help make ERP more appealing than de facto tools? Respondent comments suggest there is a disconnect between perceptions of consumer applications and software used in an enterprise environment. Those who use Facebook, Amazon or other intuitive online functionality may have a hard time understanding why they need to use challenging enterprise software to issue a work order or access key performance data. How can software vendors make enterprise software more appealing than other tools?