On average, Americans spend more than a quarter of our workdays on emails. That’s an enormous amount of time pulling employees away from being more productive, making sizable contributions to their teams, or finishing up everything else in a timely manner to get home to their families.

Yesware, the data-driven sales company, pulled together the top five email myths and tested them against an analysis of 500,000 emails gathered from 1,000 users to figure out what’s true and what’s not. Everyone wants to work smarter and get out of the office faster; with the new info from Yesware, we can all understand when the best time of day is to send an email, whether to use “cc,” or what subject line length will get you the fastest reply. 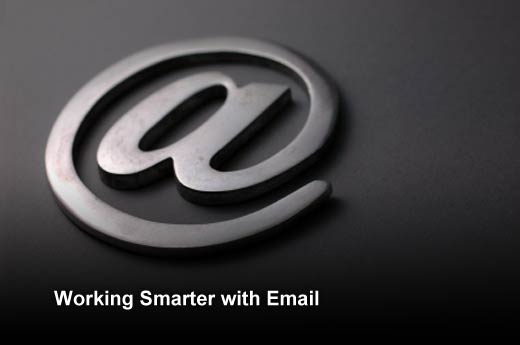 Click through for findings from a study on common email myths that can help you work more effectively, conducted by Yesware. MYTH: The best day of the week to send an email is Monday. MYTH: The best time of day to send an email is the early morning.

REALITY: Well, this myth is half true. Yesware found the best time of day to send an email if you want a quick response is in the early morning, between 6 a.m. and 7 a.m., and in the late afternoon, around 8 p.m. Reply rates were highest around these times, with about 40 percent of emails receiving a response. MYTH: If you want a response, you should add multiple recipients in the “to” field.

REALITY: If you want a response, you should add one recipient to the “to” field, and the other recipients to the “cc” field. Yesware’s study analyzed emails that were sent to two people, and found that reply rates were over 10 percent higher when one of the two recipients was cc’d. By putting only one person in the main send field, the full onus of responsibility to respond is on that one person, as opposed to diffusing that responsibility out to two individuals. MYTH: If you send an email today, you’ll probably get a reply tomorrow.

REALITY: Ninety percent of emails that ever receive a reply are replied to within one day of being received. BUT, if you send a follow-up note when someone hasn’t gotten back to your initial message, you have an additional 21 percent chance of getting a reply — so try, try again!

Previous article
Dell and Red Hat OpenStack: Turning IT into a Strategic Asset
Next article
Mobile Security 2015: The Enterprise at Risk