AppDynamics Looks to Unify IT Monitoring

To give IT organizations more visibility into application performance spanning multiple systems, AppDynamics today announced that the summer 2015 release of its IT monitoring software provides the ability to track business transactions from end-user devices through the application code, databases, third-party API calls, servers, and other infrastructure.

Kalyan Ramanathan, vice president of product marketing for AppDynamics, says that to fulfill that vision, the company also announced the beta release of its server monitoring capability, which not only provides visibility into servers, but also into attached storage systems and networks. 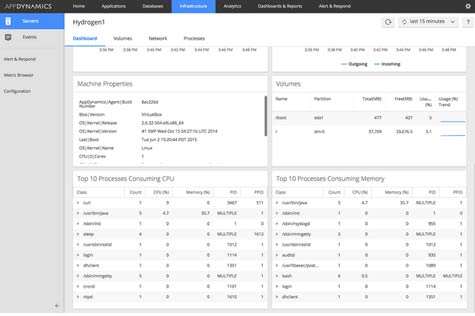 In addition, Ramanathan says AppDynamics in the summer release has added support for synthetic monitoring to allow IT organizations to simulate application traffic while tracking actual transactions.

Rather than monitoring individual pieces of infrastructure, most IT organizations today are moving to a more holistic approach to managing their IT environments. Naturally, each IT organization may take a different path to achieve that goal depending on where they are starting from and which compliance regulations may apply. The one thing that is for certain is that the IT organization as a whole is increasingly being held accountable for the performance of the entire application environment on an end-to-end basis.

Previous articleHow Business Can Stay Connected Through the Summer Months
Next articleSQL or NoSQL: Choosing the Best Solution for Your Needs