In the days when businesses expanded through brick-and-mortar investment, entrepreneurs and business leaders were able to control how fast people were able to access their services, and scale up smoothly in response. In more recent years, social media and the rise of on-demand video, online gaming and over-the-top services has ushered in an age of viral growth. Gracefully supporting the “going viral” nature of our world is what the next generation of networks is all about, and it is starting to affect enterprises as much as content providers.

A “web-scale” network is one that can get big, fast, to keep up with these trends. The term was first used to describe the data center and content distribution architectures used by Internet content providers, who needed to build these architectures to service hundreds of millions, if not billions, of users. Enterprises are now leveraging similar design practices to address the “always on” challenge as more of their applications are migrated to the cloud. According to Gartner, web-scale IT will be an architectural approach found operating in 50 percent of global enterprises by 2017.

The following slideshow from Rick Dodd, senior vice president of portfolio marketing and strategic market development, Ciena, chronicles the key steps network providers must take to web-scale their networks to support the size of the web and viral nature of our world. Supporting the Viral Nature of Our World

Click through for key steps network providers must take to web-scale their networks to support the size of the web and viral nature of our world, as identified by Ciena. Network providers of all types need to be able to scale their networks when the next news story goes viral, or television series becomes available, or product is launched across the web. Today, if a promotion or product hits the right note, there is a massive spike in traffic on the website. Retailers have to design business portals (and supporting IT) to support millions or tens of millions of users, and the Facebooks of the world need to be ready for the next big “share-able” video.

Enterprise network architectures should take into account both the internal needs that connect data centers or content centers together for the rapid creation, replication, and distribution of content, and also the external functions that connect users to that content. 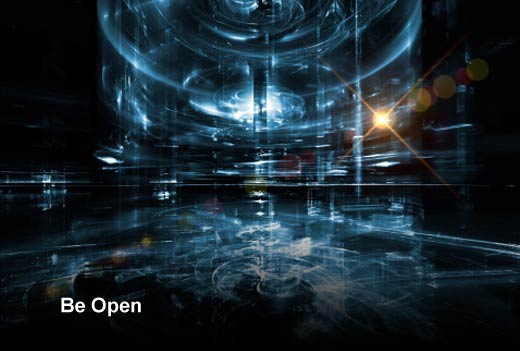 Single transactions for individual users can easily consume a significant amount of network resources, especially when many happen simultaneously. Networks need to be more dynamic, open, and programmable to enable all of the potential applications their customers utilize on a minute-by-minute basis. When the network is treated as a programmable platform that can be orchestrated and controlled in real time rather than just a bunch of provisioned, static pipes, operators are able to swiftly react to today’s “always on” world. Infonetics research predicts that the NFV and SDN markets will reach $11 billion globally in 2018. SDN and NFV are the tools and enablers that can match network capacity to evolving needs in real time. Software-based network control with SDN, and virtualization of network “appliance” functions with NFV, will enable self-service control of network capabilities and new pay-per-use consumption models. They will also lead to provisioning of networks in minutes, not days or weeks, with automated and orchestrated changes and network policies that follow the workload. For operators, the ability to predict traffic patterns is close to impossible. Networks now need to scale in real time, on-demand, without a glitch, and accommodate all of the dynamics that make services like 4K streaming video a reality and connections from users to content simple and reliable. Extending the reach and capacity of submarine networks (which approximately 95 percent of our Internet traffic travels over), simplifying metro and regional networks, and delivering small cell mobile backhaul services to improve coverage in an increasingly mobile-first world are all innovations that can help make this happen. They deliver increased bandwidth and improved economics through greater efficiency, network automation and agility — all necessary for a web-scale world. Learn from the Giants

The Amazons, YouTubes and Netflixes of the world, along with other web-scale giants, have effectively reinvented the way that services are delivered and pioneered the web-scale IT concept. They have been driving the rapid adoption of cloud services, on-demand networking and virtualization that is now spreading to the mainstream. It’s clear that the massive growth of data centers, cloud and virtualization are overtaxing today’s network infrastructures and exposing their inflexibility. But these challenges also provide a blueprint for where networks must evolve. When we refer to the web-scale effect, we are talking about adopting the lessons learned from the leading web-scale networks and how they are architected, deployed and operated. The fundamental principles of web-scale networks — ensuring that they are scalable, fast and agile — should be applied during all network builds.

Previous articleStudy Showcases Biggest Cyber Threat – Feds Trying to Do Their Jobs
Next articleDefining Deep Data: What It Is and How to Use It