Just How Strategic Is the Cloud?

Depending on who you ask, you get a different definition of cloud computing. But despite all the hype and controversy, cloud computing is taking on a life of its own. In a survey of over 200 customers, Hubspan, a provider of business integration and workflow services in the cloud, found that the vast majority of the respondents said cloud computing is a strategic direction for their company. But at the same time, it’s also clear from the survey that definitions of cloud computing vary widely. It’s that lack of understanding of cloud computing, coupled with internal IT inertia and a lack of budget, that is slowing down the move to cloud computing. And about the one thing that everybody seems to be able to agree on is that security is a primary cause of concern. 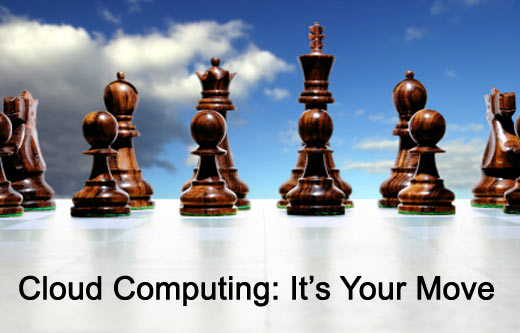 Click through for results from a cloud computing survey conducted by Hubspan. The vast majority think so. 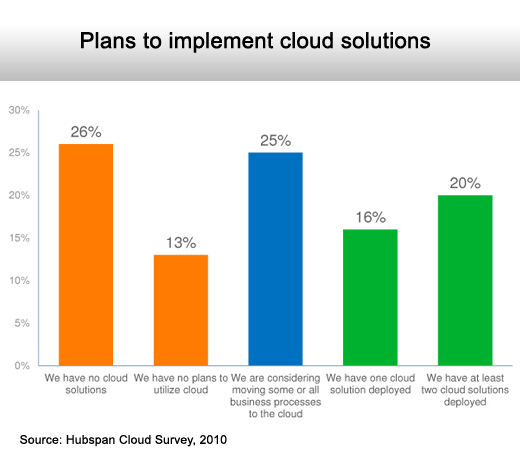 At least 36 percent have deployed one solution. 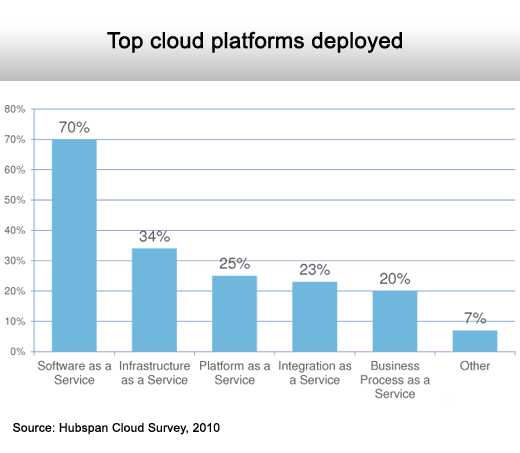 But most define the cloud as a software-as-a-service application. 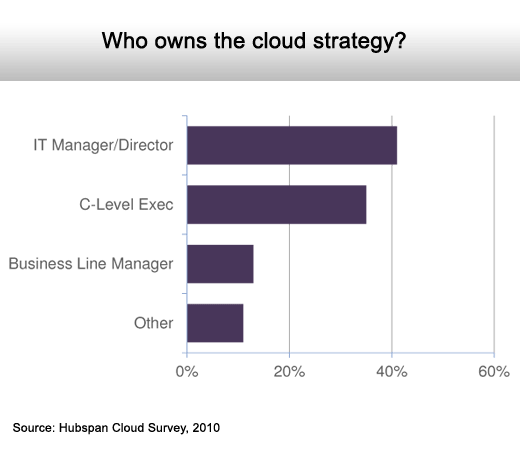 IT and CXO executives vie for control. Security is way out in front. A lack of understanding is followed by inertia and lack of budget.