A Big Picture View of the Move Toward Broadband Regulation

Eventually, the fundamental decisions on how broadband is administered will be decided upon. And, like all regulatory decisions, a battle will be fought over the specific issues at hand and will involve the drama between the current administration and Congress.

The specific details of how the decision is made will be important, of course. But the bigger picture, including which side is ascendant and how much of a bargaining chip net neutrality represents, is difficult to track. However, a trio of interrelated milestones occurred during the past few weeks that feed both the specific and higher level landscapes.

The first, of course, is that the Republicans won the Senate race and now have a bookend to match the party’s control of the House of Representatives. This win changes the landscape in unpredictable ways.

The second interrelated event is that President Obama has decided to be proactive as the Republicans take over. The President’s choice is to either take a firm stance and withstand the reaction or sink into early lame duck status. His decision to push back is evident in making a very public statement in favor of administering broadband under Title II of the Telecommunications Act.

But, at the end of the day, it is the Federal Communications Commission (FCC) that will decide how it wants to approach broadband. The President, no doubt, personally believes in tight regulatory control. In the big picture, the timing and public nature of his statement is noteworthy, as it is part of a pattern of challenges to the Republicans, which includes the expected order on immigration reform and environmental agreements with the Chinese.

A third important milestone was the reaction of AT&T and Comcast. AT&T CEO Randall Stephenson said that the uncertainty will heavily influence its investment strategy. Again, it’s a meta-statement. Stephenson’s comment was more of an effort to set a clear position against the President and Title II. Regardless of what Stephenson said, if revenue begins falling short, AT&T will do what it needs to reverse things, even if that includes stepping up investments. Stephenson was just firing a warning shot across the administration’s bow.

Comcast, however, took a less dramatic position by siding with the President on net neutrality. The company doesn’t support Title II reclassification, but it got the message across in a polite post by Executive Vice President and Chief Diversity Officer David Cohen:

There is one important technical legal difference of opinion between the President and Comcast:  we do not support reclassification of broadband as a telecommunications service under Title II. Doing so would harm future innovation and investment in broadband and is not necessary to put in place strong and enforceable Open Internet protections.  We continue to believe that Section 706 of the Telecommunications Act provides more than ample authority to impose those rules, as the DC Circuit made clear. 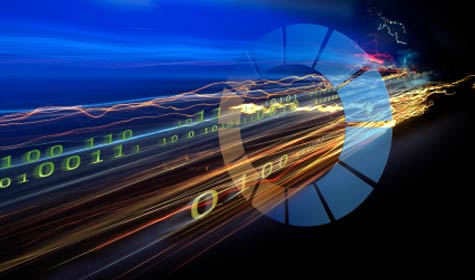 The gist of the post is that the company took pains to clearly say that it agrees with everything the administration says except the reclassification, which it portrays as a small bit of technical jargon. Folks who watch these issues closely know that it is anything but a detail. The most important note is the tone of the post.

Comcast needs to gain regulatory approval of its merger with Time Warner Cable. That alone is reason to step gingerly. That’s exactly the point: How each actor plays its hands will depend upon other issues.