The Hybrid Cloud: Don’t Worry About Getting It Right the First Time

Most enterprises these days are on a two-track model when it comes to the cloud. On one track, they are provisioning public cloud services both as a means to lower costs and to gain experience in the nature of dynamic data architectures. On the other, they are building cloud infrastructure within their own data centers to improve resource utilization and take advantages of economies of scale.

Eventually, these two tracks will merge into one, producing a hybrid cloud that allows workloads and applications to span internal and external resources under a common data framework.

But this level of complexity produces a fair amount of uncertainty, not just in building and provisioning infrastructure but in then utilizing it to maximum advantage. In short, does the enterprise know what it wants to do with the hybrid cloud once it gets one?

According to Synergy Research Group’s John Dinsdale, the hybrid cloud offers a higher level of customization than either the public or private counterparts, but the challenge is in matching this customization with the goals and aspirations of users. As he explained it to Computerworld recently, this will require the CIO to delve into the business side of the enterprise like never before in order to gain familiarity with workflows and processes to the point where informed decisions can be made as to how specific applications and data sets are to be handled. Unfortunately, there is no template for this as the value of data, and thus the security, governance and infrastructure support it deserves, will vary widely from one organization to another.

Indeed, this need to assess the needs of individual workloads will add another layer of complexity to the CIO’s already-full plate, says Red Hat’s Sarangan Rangachari, but at the same time will increase the position’s standing in the organization from a supporting role to a full-fledged business partner. It probably won’t be long before we see the rise of the business information officer (BIO), whose job it is to foster synergy between underlying infrastructure and business application workflows.

One of the keys to a successful hybrid cloud environment is storage, says CIO.com’s Richi Jennings. No matter where the cloud takes your data, it is important to maintain a common storage framework that allows data to be easily shared. This can be most easily accomplished through a single storage/data management platform that enables efficient interaction between public and private clouds. Top attributes to look for are universality, dynamic portability and broad scalability – all of which should be fundamental aspects of a cloud-optimized platform, not just add-ons to a standard enterprise storage system.

Also recognize that with the hybrid cloud and the software-defined architectures that accompany it, the enterprise has an unprecedented ability to experiment with various architectures and workflow processes, says NetApp CIO Cynthia Stoddard. In an interview with CIO.com, she points out that even advanced analytics environments can first be deployed in the cloud and then simply decommissioned if the resulting system is inadequate, with a far lower dollar loss for the enterprise than if homegrown infrastructure had been built. In this way, the cloud helps to reduce the risk associated with advanced architectures, rather than enhance it as is commonly believed. 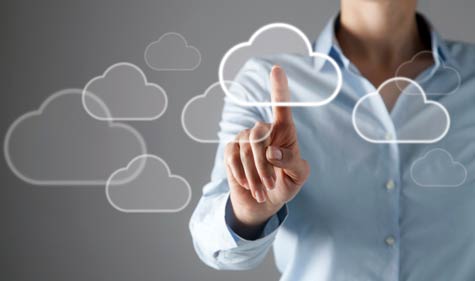 The hybrid cloud represents a change in IT infrastructure that is orders of magnitude more profound than anything that has gone before, save for the introduction of the PC as a business tool. It is only natural, then, that there will be a fair amount of trial and error before the enterprise can start to maximize its many benefits.

It is for this reason that the enterprise should set its sights on the hybrid cloud now even if much of the higher-level functionality is still a bit, well, cloudy. The pressure will be high to get it right, but there will still be plenty of leeway to make mistakes.