In 1989, the 6.9 magnitude Loma Prieta earthquake hit northern California; it was responsible for dozens of deaths and thousands of injuries, in addition to hurting the local economy with high infrastructural damages and lengthy downtimes for businesses. This past October marked the twenty-fifth anniversary of the Loma Prieta earthquake, and the Bay Area’s recent 6.0 magnitude earthquake is a stark reminder of the threat of another major quake on the horizon.

Since the event in 1989, people and businesses located along the San Andreas Fault have taken precautions to lessen the impact of seismic activity out of concern for safety and security. When considering where businesses should locate their data centers, risk of natural disaster, as well as the potential impact of associated damage, must be of prime consideration.

For those located along the San Andreas Fault, the primary concerns are earthquakes and, to a lesser extent, tsunamis. As a leading global data center provider with facilities located close to the San Andreas Fault, Digital Realty has highlighted six key elements data center facilities should implement to maximize employee safety and reduce the risk of downtime for businesses during seismic activity. Click through for recommendations on protecting today’s data center from damage associated with earthquakes, as identified by Digital Realty. With both the 1906 and 1989 San Francisco earthquakes, the same neighborhoods experienced heavier damages than others. This was due to the ground below, with more extreme structural damage impacting buildings on man-made landfill. Because landfill contains a high percentage of groundwater, it has the consistency of soft mud and allows the ground to move more drastically than bedrock, which is solid rock underlying loose deposits of soil. Ensuring data center facilities are built on bedrock versus man-made landfills is critical to reducing the impact of seismic activity. Base isolation, often referred to as “seismic isolation,” is a design technique to protect a building’s structural system from damage during an earthquake. Base isolation is not intended to make a building “earthquake proof” but to allow the building to survive an earthquake with minimal damage and remain structurally safe for its inhabitants. Conceptually, base isolation allows inertia to play its role: An isolated building tends to stay “at rest” while the earth and foundation move beneath the building. A friction-pendulum-bearing base-isolation system is designed to keep building occupants and critical electrical and mechanical systems resilient to violent ground motions that can accompany an earthquake. 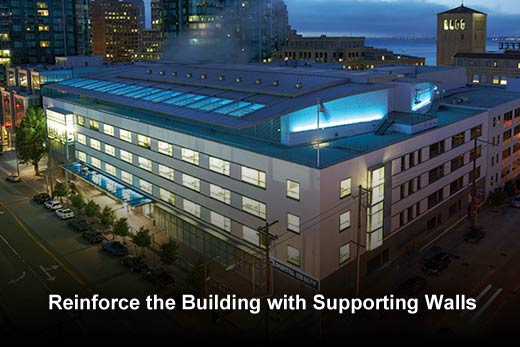 Reinforce the Building with Supporting Walls

Adjacent buildings in a row with insufficient separation distances can be negatively affected by each other during seismic activity. It’s important to remove a portion of the wall between adjacent buildings, so an approximately 15-inch supporting wall can be added in. This supporting wall, acting as a cushion between the buildings, will ensure there is no shaking above the base-isolation plane. 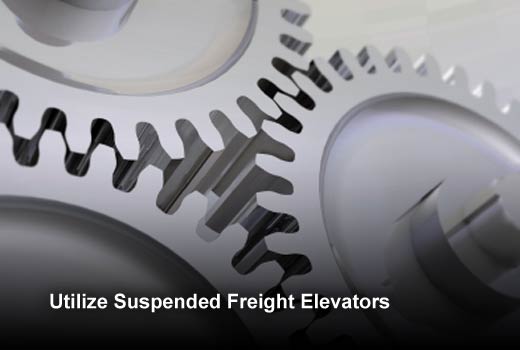 When seismic activity occurs, it’s not uncommon for certain systems within a building to become inoperable. Freight and primary elevators are important components to keeping the data center up and running, as they allow for the delivery of gas, server cabinets and other large pallets of equipment. In order to ensure the elevators are uninterrupted, data center providers can build auxiliary freight elevators that are suspended from the roof. Without tracks to the basement, these elevators will still be operable after major seismic events. 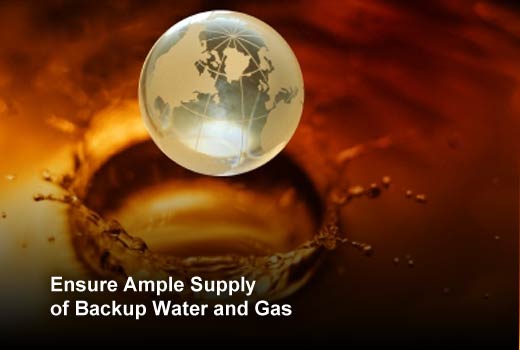 During natural disasters, it’s imperative to have an ample supply of backup water and gas to keep businesses up and running. As a precaution, each data center facility should stock a minimum of 300,000 gallons of backup water, so it can continue to cool during a disaster without needing a utility water supply. The building should also have 60,000 gallons of diesel stored onsite. 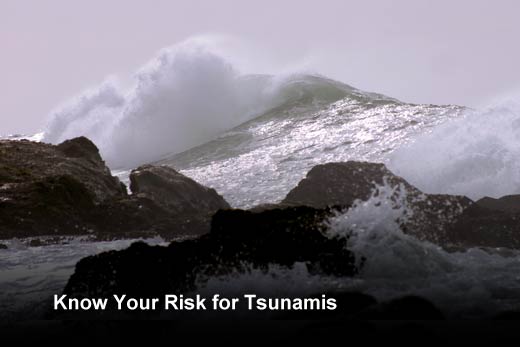 Know Your Risk for Tsunamis

Disaster preparedness doesn’t stop within the four walls of a data center. Data center providers must also be cognizant of what is happening outside of the walls. In the event of a tsunami, coastal areas are at risk of flooding and inundation of water. The most effective means of mitigating this risk is simply to be on high ground. The main focus for customers is continuity — they need their provider to keep them online regardless of what’s going on.