Selecting the Right Kind of Cloud

Saying that the cloud is becoming more specialized is like saying the days are getting longer now that summer is here: It is such a natural phenomenon that it barely needs to be stated.

But I’m going to state it anyway, because this facet of cloud computing alone will probably do more to capture critical enterprise loads and break down the psychological barriers to cloud adoption than any mere technological development.

Across a number of fronts, organizations are gaining the ability to deploy not just the cloud, but a highly specialized data ecosystem tailored to specific functions, industry verticals and even individuals. In a way, this follows that same pattern of software development in general, except that now the application software is backed by a cloud component that caters to its every whim.

IBM, for example, recently introduced a new block of cloud services optimized for chip design for mobile, wearable and other embedded applications. The High Performance Services for Electronic Design Automation (EDA) platform was built around technology from EDA specialist SiCAD to enable faster workflows for design, networking, security and other chip development functions. The cloud service itself is, of course, SoftLayer, aided by newly opened tools from IBM Microelectronics—the same ones that were used for the Power architecture and IBM’s numerous custom ASICs. IBM executives are hoping that midsize development firms in particular will be eager to tap into a top-line development environment without having to raise exorbitant amounts of capital to get started.

When you look at the market data coming back from the cloud, it appears that the rush to simply “get on the cloud” is coming to an end and enterprises are now looking for ways to leverage their new resources for quantifiable improvements to the business process. According to SAP and Oxford Economics, more than half of enterprise executives expect the cloud to produce entirely new business models within three years and most deployments are now centered on key functions like supply-chain management, collaboration and customer service. This more pragmatic approach to the cloud is likely to compel providers to change the way they present their services, not as clouds but as business solutions.

Signs of this are already appearing with the rise of vertical cloud providers like ClearData. The company’s public cloud of the same name is optimized for the highly regulated health care industry. It is used primarily as a backup solution for all manner of medical data, including patient information. This means the service has to maintain top-level HIPAA and HITA (Health Information Trust Alliance) compliance, in addition to internal requirements of 99.999 percent availability. Also, the suite features a hosted desktop virtualization platform and storage solutions optimized for medical imaging and other large data files. 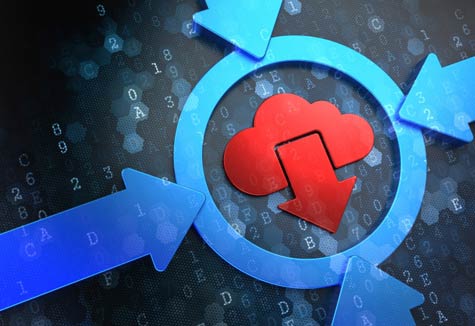 But an optimized cloud environment does not necessarily require close ties between the operating platform and the underlying cloud infrastructure. Capgemini’s Banking Platform is available as a hosted solution or a private cloud service, providing enterprises with a fully functional hybrid solution that can more easily migrate its public component from cloud to cloud. The system features TEMENOS’ T24 core banking software to enable high-speed transaction processing, FATCA and MiFID compliance, plus tools like GAAP accounting and the Basel I and Basel II regulatory frameworks. As well, the platform offers a number of unique customer-centric features like biometrics and voice-recognition to craft highly personal banking experiences.

This transition from the cloud as state-of-the-art technology to the cloud as a standard piece of the data ecosystem is part of its natural evolution. And before long, what we know as traditional data infrastructure will seem as antiquated as the Apple II.

But just as the enterprise is angling for ways to target individual users with specialty pricing and other value-adds, the cloud industry will, too, in its quest to draw enterprise-class workloads. And the key question that business users will ask themselves before signing the service agreement will no longer be “Is this the cloud?” but “Is this the kind of cloud I need?”