Survey after survey shows that the enterprise values the hybrid cloud above public and private options. But since the cloud itself is still a new phenomenon, how can anyone be sure which option they want and how it best fits with long-term goals?

At the moment, it appears that acceptance of the hybrid cloud is based more on what the enterprise does not want, rather than what it does. As Hyland Software’s David Jones noted on Tech Week recently, the fear of moving critical workloads to public resources is seen as a primary driver for hybrid clouds. In this way, the enterprise gains the scale and flexibility of the cloud while still keeping its most prized data possessions behind the firewall. The true challenge, then, is not to just cobble together various cloud architectures, but to do so in a way that enables broad coordination across multiple, disparate applications and data sets, which is more a function of hybrid data than the hybrid cloud.

But while technology development often advances in great strides, actual deployment is usually confined to baby steps. Simply getting internal and external resources on the same footing is the challenge of the moment, which is why we are seeing increasing levels of collaboration between cloud providers and platform developers.

Google and VMware, for example, just announced a new partnership that connects the Google Cloud Platform with vCloud Air, essentially providing the enterprise with a ready-made public cloud component for its internal VMware stack. In this way, vCloud Air users gain access to key services like Google Cloud Storage, BigQuery, Datastore and DNS to provide the kind of scale-out database support the enterprise will need as it confronts the challenges of Big Data and the Internet of Things.

Meanwhile, companies like Quantum Corp. are leveraging top cloud providers for the public component of their hybrid solutions. The company recently rolled out a number of new offerings that allow organizations to quickly move applications across public and private clouds without requiring changes to underlying infrastructure. The Q-Cloud Archive and Q-Cloud Vault are aimed at long-term storage and recovery within the StorNext 5 workflow environment, while the Q-Cloud Protect is available as a subscription service through Amazon Marketplace that enables deduplication and replication for the DXi physical and virtual appliances. Combined, the system is designed to provide a “cloud-as-you-go” strategy that allows applications and data to be deployed across multiple clouds according to business and user needs. 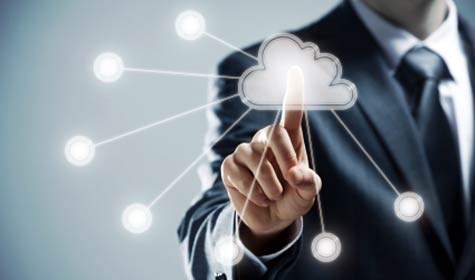 The danger for most organizations in wading through the public/private/hybrid morass is not that they will choose the wrong option, says Cisco’s Nick Earle, but that there will be no plan or strategy at all. With many business units deploying their own cloud solutions without IT’s consent or even knowledge, the danger of recreating the same silo infrastructure that exists in the data center is real, except now it is scaled to cloud proportions. In this regard, CIOs need to take charge again and plot out a long-term cloud plan that incorporates existing infrastructure, sourcing options, changes to business models and a host of other factors.

The cloud is a complex undertaking, but even as data environments become more flexible and scalable, the enterprise will be left poorer unless the people in charge take a proactive approach to its design and functionality.