The IoT-Enabled Super Bowl of Tomorrow

If there is one thing sports fans understand, it’s the value of data. No statistic is too obscure for your diehard Fantasy Football junkie and, as a result, there is no more fitting technology for the professional sports industry than the Internet of Things (IoT) – whether they know it or not.

The following slideshow, provided by wot.io, a data service exchange for connected device platforms, lays out the best of both worlds, the sexy and the practical, in order to make the case that the smart stadium of tomorrow has benefits for fans, teams and maintenance staff alike. With Gartner predicting that there will be 26 billion connected devices by 2020, it’s a safe bet that some of these will be landing in your local sports stadium, so it’s about time we start figuring out what that will look like. Click through for ways IoT applications will make the stadium of the future better for fans, players and staff, as identified by wot.io. This one is obvious. A stadium is a business, and spectators are its customers. And as with all businesses, customer (spectator) data is extremely valuable. By knowing what gets fans out of their seats, and more importantly what keeps them in their seats, venues have a new level of insight into their customers’ behaviors. It wouldn’t be a stadium event without long lines, crowded concession stands and fellow fans bumping into you to get their pretzel and beer – or would it? The IoT stadium could paint a different picture. Imagine if concessions stands stadium-wide used sensors to monitor factors such as inventory levels of hot dogs and popcorn to length of lines and foot traffic. They could then direct roaming staff toward the most crowded areas at any given point to ease congestion, or even refill popular food items before they run out. 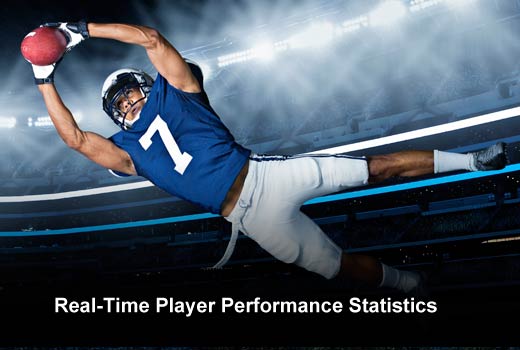 To say sports fans are into stats is an understatement. Entire news organizations and blogs are dedicated to evaluating players’ performance and making projections for the season or a particular game. Let’s not forget the time and effort that fans put toward fantasy leagues.

To fuel this performance frenzy, IoT stadiums of the future could equip players with wearable fitness gear. By tracking factors such as speed, agility and even the spiral on a quarterback’s throw, stadiums could deliver even more detailed performance metrics to sports fans. Is a wide receiver running slower than average? Is a rookie player outperforming the fan favorite? Collated, this data could be packaged into compelling and engaging fuel for fan discussions, betting and of course, Fantasy Football. Nothing can upset a game quite like a player’s injury. Not only is this a game changer for fans hopeful that their teams can win, it is a critical concern of coaches and trainers.

There is huge investment in wearables, sensors and analytics for health and fitness monitoring in the market presently. Coaches and trainers stand to benefit immensely from this investment by using the emerging tech to ensure players’ safety and health. For example, trainers could use special sensors on water bottles to track a player’s water intake and receive notifications if a player is at risk of dehydration. If a player has a minor but playable injury, coaches could monitor and detect warning signs of dangerous impacts, impending heat exhaustion and even a player’s anxiety levels. Tracking a player’s movements isn’t as easy as slapping a GPS-enabled sensor onto their helmet. In order to maximize the value of data collected from IoT technology, the stadium of tomorrow will need to cross-reference information from a number of sources, including the turf beneath the players’ feet.

Communicating with the new Internet-connected uniforms, as well as more traditional sensors such as a stadium’s cameras, sensors will be able to map out a particular player’s location at any given time. Similarly to what we see in games like Madden, the viewing experience of tomorrow could even include a real-time map of the action. 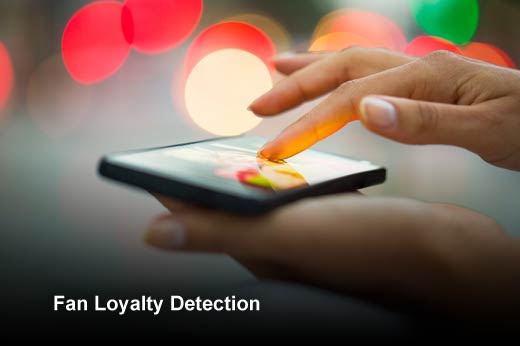 Finally, the smart stadium will not be the only connected variable defining the Super Bowl of tomorrow. With the latest numbers from Pew research indicating that over 60 percent of U.S. adults have smartphones, most spectators are already Internet enabled, whether they like it or not. The smart stadium will finally start leveraging this asset, and privacy concerns aside, the potential use-cases are nearly infinite.

For example, a fan’s browsing history, coupled with geographical information, and other information stored on phones could be used to estimate the loyalties of a crowd. Instead of judging fandom based on the clothing worn by people in the stands, at the Super Bowl of tomorrow, we will be able to predict each team’s fan turnout with more precision than ever.