The State of the Microsoft Desktop

While there’s a lot of interest in Windows 7 and Microsoft Office 2010 in the enterprise, it doesn’t look like there will be any wholesale migration to new Windows desktops. Instead, a new survey of 953 IT professionals, conducted by Dell KACE, a provider of desktop systems management tools, finds that customers are taking a piecemeal approach to Windows 7 and Office 2010 upgrades.

The end result is that IT organizations will most likely be dealing with mixed Windows environments running multiple versions of Microsoft Office for years. Many IT organizations are trying to forestall hardware upgrades, while others expressed concerns about having to train users to adapt to the new user interface in Office 2010.

The Dell KACE survey also notes that while Office still dominates in productivity applications, open source rivals and Google Docs are gaining ground. But all in all, Microsoft dominates the desktop. 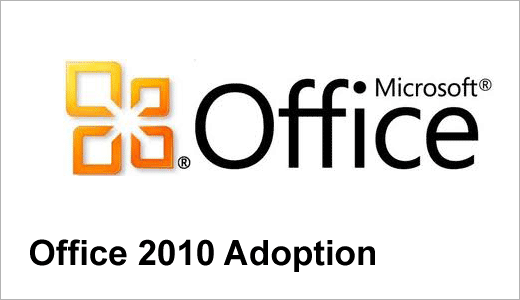 Click through for results from a survey sponsored by Dell KACE on the migration to Office 2010. 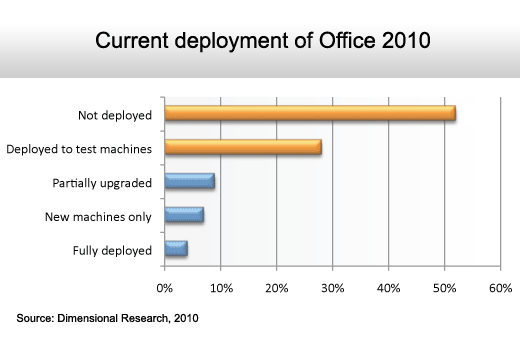 Most are still not there yet. The bulk of IT organizations are aiming for next year. 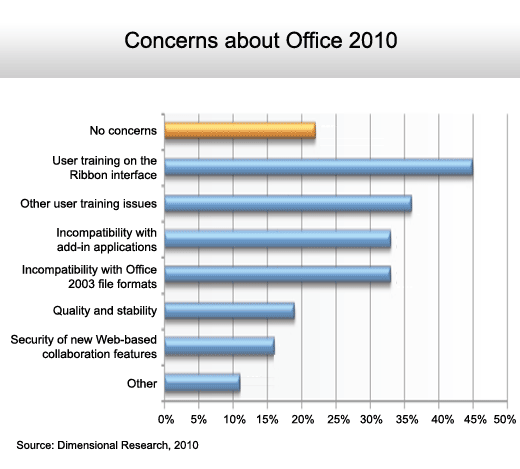 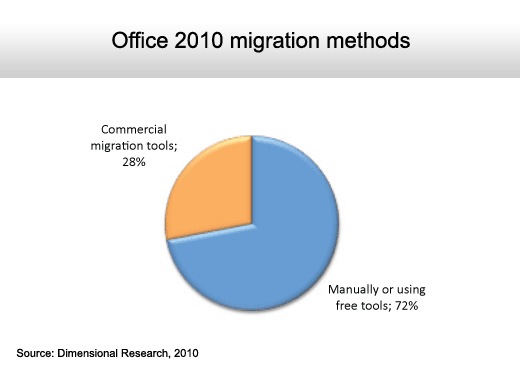 An over-reliance on manual approaches. 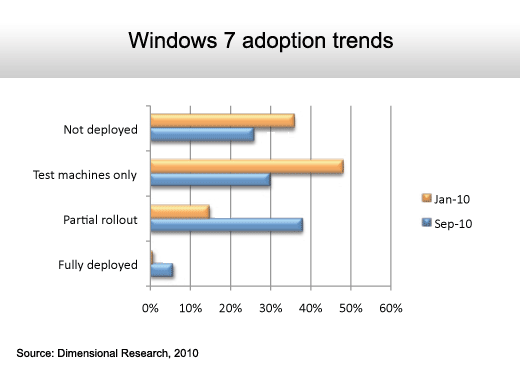 Moving along at a steady clip. 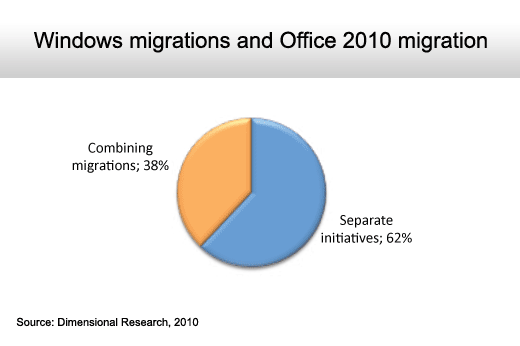 Not necessarily joined at the hip. 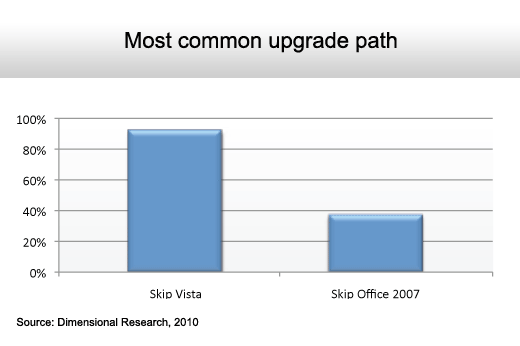 Most will skip Vista but maybe not Office 2007. 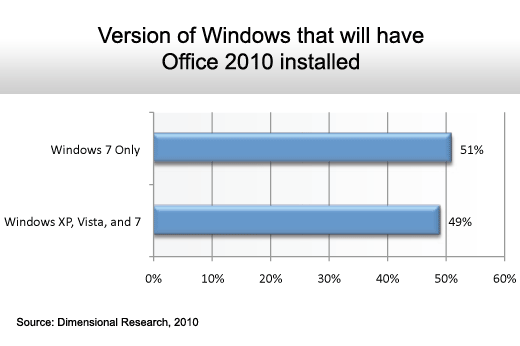 IT organizations will have multiple instances of Windows for a long time. 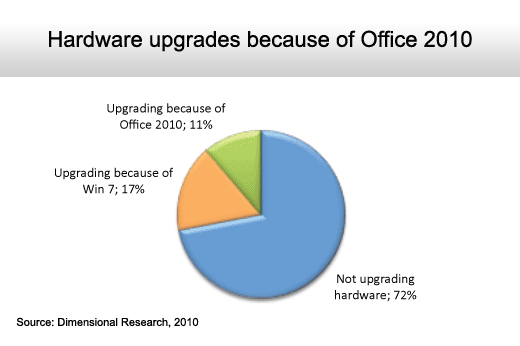 A lot of IT organizations are trying to stand pat on PC hardware. 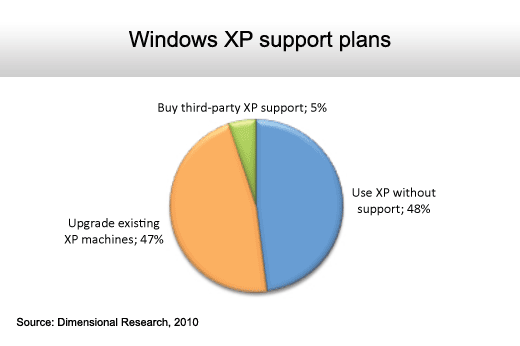 Many will go it alone. 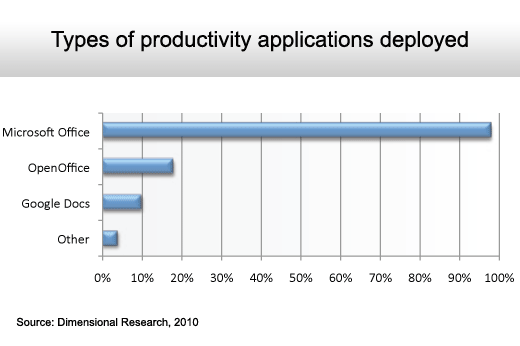 Office still dominates but others are gaining.

Previous articleAutomating the Cloud
Next articleDell Aims for the Clouds