Heading off the Emerging DevOps Crisis

With the rise of agile development methodologies, the tasks associated with deploying new applications and updates have become much more complex.

Where once the IT operations team might have had to deal with a handful of major updates for any application in a given year, updates to applications now come on a monthly and sometimes weekly basis.

A new survey of over 1,200 Java developers conducted by Replay Solutions, a provider of application testing tools, makes it clear that progress is not being made in terms of closing a gap between application development and the IT operations teams, and that gap is widening with each passing day.

According to Jonathan Lindo, vice president of products and technologies for Replay Solutions, the main issue hindering advances in the field of "DevOps” is a general lack of maturity when it comes to process management. At the root cause of most of these problems, says Lindo, is a fundamental lack of visibility into the development process. There is a tendency for developers, he notes, to throw things over the wall with the expectation that the IT operations team will just have to find some way to deal with it.

The survey makes it clear that IT organizations are hoping that new tools for automating processes in the data center will help close the gap with agile. But how long it will take for IT organizations to deploy and alter their processes to accommodate both agile development and new workflow methodologies is unclear.

In the meantime, the good news is that about half of the survey respondents not only claim to have some form of a DevOps process in place today, but the vast majority see value in it. The challenge, of course, is turning that value into something tangible that not only helps increase the pace of development, but actually leads to fewer software defects. 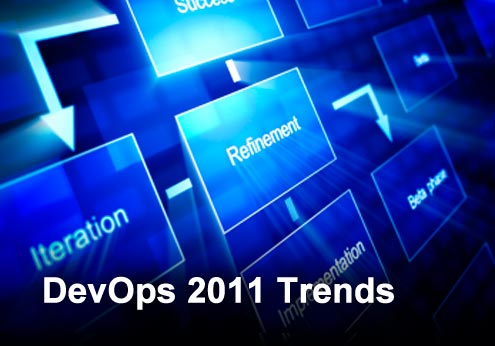 Click through for results from a DevOps survey conducted by Replay Solutions. 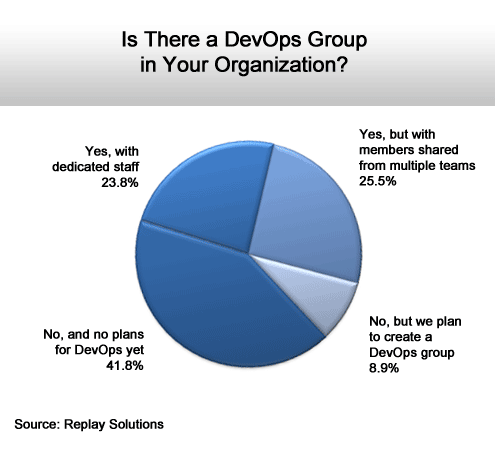 About half have some form of DevOps in place. Manual processes are falling by the wayside. 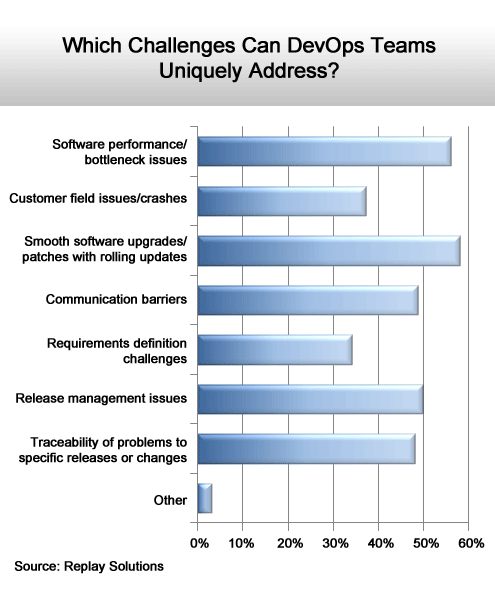 It’s all about the process. Most defects are significant events. A bad thing on any day. A work still in progress.