One of the biggest issues that an IT organization has with adopting an infrastructure-as-a-service (IaaS) offering such as Amazon Web Services (AWS) is the lack of visibility they have into how resources are being consumed on those platforms.

Looking to provide IT organizations with more of that visibility, 2nd Watch announced an upgrade to its INSIGHT management software for AWS that adds the ability to monitor and allocate spending across an AWS environment.

Announced at the AWS Summits 2014 conference in New York, Matt Gerber, executive vice president of sales and marketing for 2nd Watch, says the goal right now is to give IT organizations visibility into not only how they are spending on AWS, but also which business units are responsible for that spending. Further down the road, 2nd Watch also intends to embed analytics capabilities with INSIGHT that will allow IT organizations to model “what-if” scenarios on AWS.

While AWS has gained a lot of traction in the enterprise, the management of AWS is still up to the organization using the AWS service. The tools that AWS provides to manage and govern an AWS environment are fairly rudimentary. In fact, because the AWS business model is pretty much predicated on self-service, most IT organizations are on their own when it comes to managing AWS. 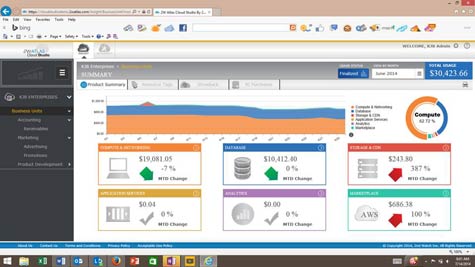 As a provider of both applications and services for managing AWS environments, Gerber says 2nd Watch can either provide the software an IT organization needs to manage AWS or it can do it on their behalf.

As a “faceless entity” in the cloud, working with AWS can be a significant challenge for a lot of IT organizations. The good news is that something of a cottage industry of IT management and application services is finally starting to spring up around the AWS cloud.