The Cloudy State of IT in the Average SMB Organization

There’s a perception that small to medium-sized business (SMBs) don’t place a premium on the value of IT. In fact, the perception is that most of them are anxious to outsource as much as possible of it to one cloud computing service or another.

But a new survey of 525 decision makers in SMB organizations from Zoomerang, a service for managing surveys online, finds that not only do most SMBs think they do a good job or better of managing IT, the vast majority have no plans to embrace cloud computing. While 10 percent said they have deployed some form of cloud computing, only 2 percent of the remaining said they would this year.

That, of course, may have something to do with the cloudy nature of the value of cloud computing. But if most potential customers for cloud computing services are not interested or simply don’t get the point, it suggests that the IT industry as whole might be in for a difficult time, especially when the survey finds that 44 percent said they have no current plans to upgrade their IT in place. 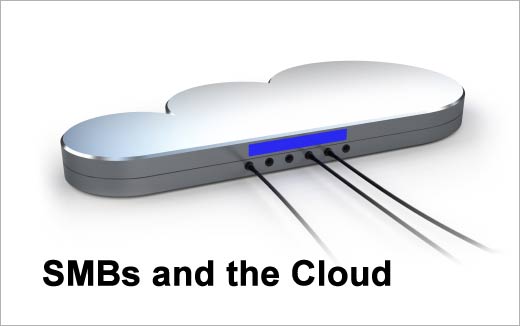 Click through for results from an SMB cloud computing survey conducted by Zoomerang. Three quarters still rely on an internal IT department. 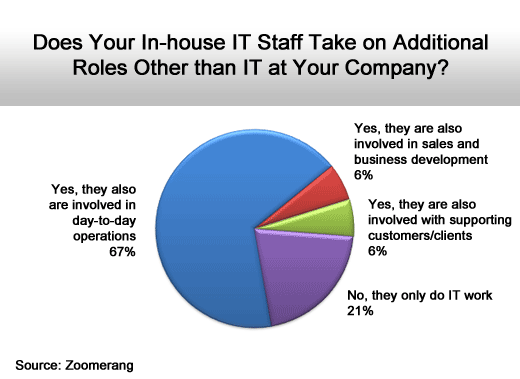 Chief IT cook and bottle washer. 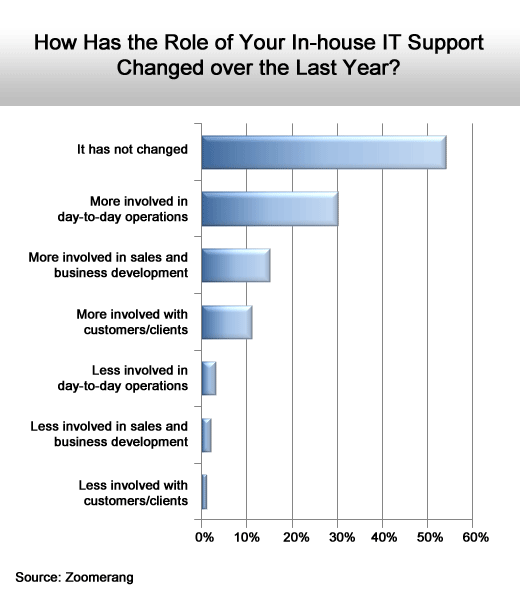 Slowly but surely, IT is becoming a bigger part of the business. Of those that do, cost is cited as number-one reason. 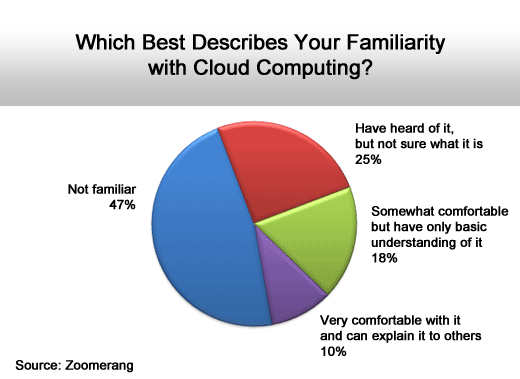 The message is cloudy. 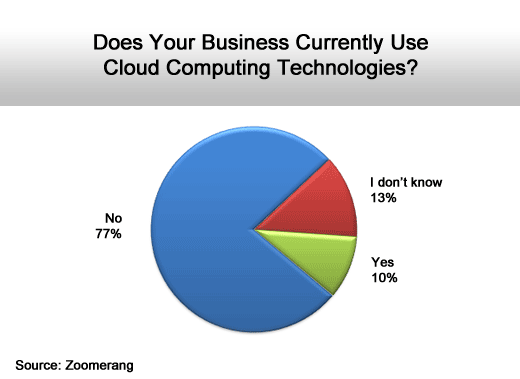 Only 10 percent say they do. 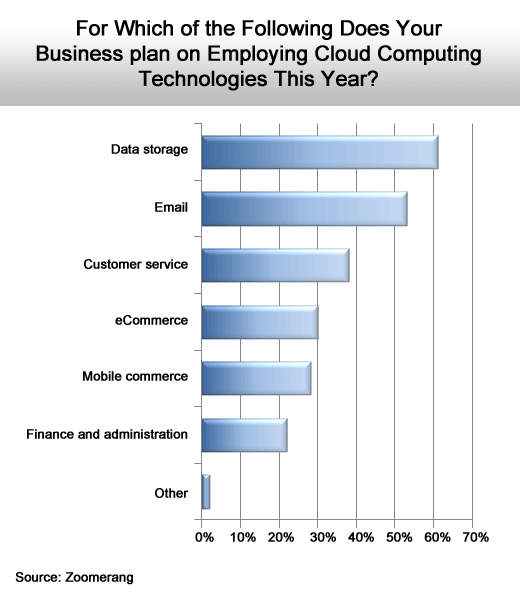 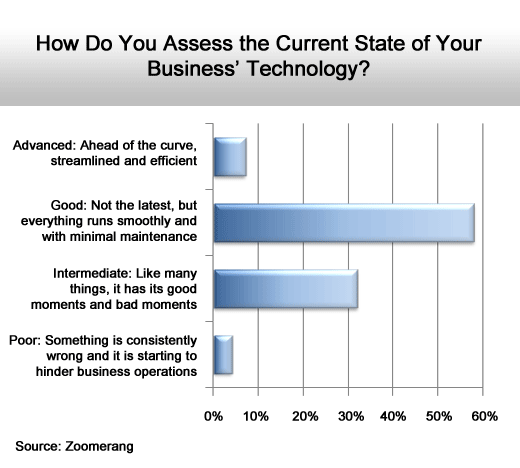 Well over half say they are either good or advanced at IT. Almost half have no current plans.