Ten Reasons Why the IT Job Market Is Hot in 2010

To hear some technology professionals tell it, you’d think the IT career field was a vast wasteland of hopelessness, disappointment, injustice and a lack of opportunity. Blaming “cheap labor” in the form of non-U.S workers in this country and elsewhere, they contend that the profession has been stolen from them and that there’s no future in IT. So when the CEO of a company that lives and breathes IT jobs argues that the exact opposite is the case – that the outlook for IT as a career is as bright as or brighter than it ever was – you have to wonder where the disconnect is.

Don Tennant recently spoke with Scot Melland, CEO of Dice Holdings, whose Dice.com website serves as a resource to match IT workers with jobs and to provide information about the IT job market to recruiters, hiring companies and the technology work force. Melland couldn’t have been more bullish on the market, and Don came away from the conversation with 10 reasons why IT remains a great career path for people already in the field, and for those considering it. They are outlined in this slideshow, in no particular order. Click through to find out why the IT job market remains a great choice for 2010. 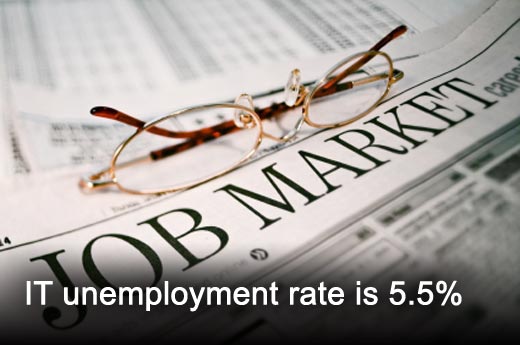 Technology is one of the strongest sectors of the economy. The long-term employment forecast released by the BLS shows that many of the fastest-growing occupations are technology-related. A resurgence in technology recruiting is under way, as evidenced by steadily increasing demand for the services provided by Dice. Seventy-five percent of HR managers and recruiters have at least one hard-to-fill technology position open, and there are thousands of vacancies going unfilled. There is an acute shortage of workers with experience in such high-demand skills as virtualization, building secure databases and networks, Ruby on Rails development and SAP engineering. 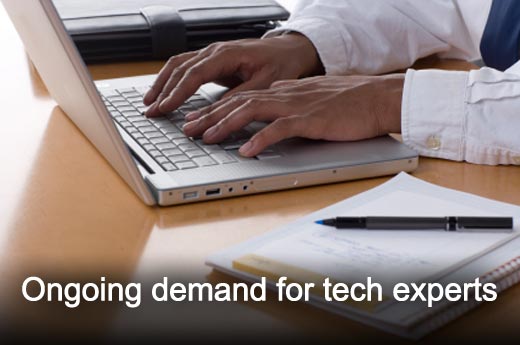 There is ongoing demand for tech pros with expertise in core talents, including project management, Java development, network engineering and database administration. The combination of a surge in projects getting the green light after being put on hold 18 months ago, and the fact that we’re entering a technology upgrade cycle to refresh aging systems, is boosting demand for technology skills. IT as an occupation pays considerably more in salary than the national average. The average salary on the Dice.com site is more than $70,000. IT is a great career for women because the pay gap between men and women in technology is small in comparison to that found in other professions. Technology positions are typically merit-based, and offer an opportunity for flexibility in terms of providing contract or full-time work.