Why All the Hype Over Net Neutrality?

When the FCC first announced its proposed net neutrality rules, the agency received one letter after another explaining either why net neutrality was a must for the U.S. or why it would destroy innovation and investment in the Internet. Even President Obama weighed in on the matter.

But why should you care what the politicians finally decide? The final decision will determine what role the Internet plays in the evolution of business and technology and who has control of that process in the long run.

In this slideshow, Lora Bentley draws the answers to basic questions on net neutrality from IT Business Edge coverage of the issues. 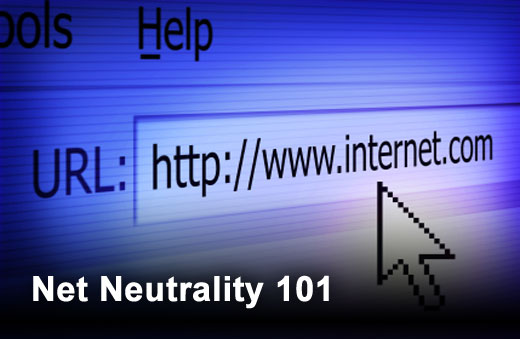 Click through for answers about net neutrality and why it's so important to the future development of business and technology. Net neutrality is the principle that the Internet should be open and as accessible to the individual who creates his own content or application as it is to the deep-pocketed companies that create content and applications for distribution. The IT Business Edge Knowledge Network definition reads, in part:

Net neutrality refers to the general belief that on the Internet, there should be no restrictions placed on content that is viewed by users or on the applications, equipment, or platforms they use to view it. The basic idea behind the principle is that telecommunications companies must treat all Internet traffic equally. Understandably, telecommunications companies and broadband service provider don’t like the idea that they need to treat all traffic equally because – let’s face it – online games and streaming audio and video use more bandwidth than e-mail and simple Web surfing. As such, they have proposed a tiered pricing structure under which services that use more bandwidth would cost more. They also argue that disallowing such a pricing structure will stifle innovation because the companies won’t have the resources they need to keep up with advances in technology.

On the other hand, the Federal Communications Commission and open Internet advocates like Media Access Project and the Open Internet Coalition, among others, argue that the absence of net neutrality regulations will allow the service providers to control who can do and say what via the Internet and that only the large companies with the deep pockets will be able to afford the bandwidth to take advantage of the Internet. This deprives smaller companies and individuals of the opportunity innovate and to reach a wider audience and essentially denies their freedom of speech, the groups say. Apparently not – at least not that either side is willing to make. The FCC has tried at least twice to get all the stakeholders together and come up with a compromise but those efforts have failed. Then Google and Verizon got together on their own to come up with a plan, but it obviously favors the service providers over the net neutrality advocates, so that plan has stalled out, too. However, the FCC has recently asked for more public comment on two elements of the Google-Verizon plan, so some portion of it may become reality. Under the Google-Verizon plan, service providers would not be able to block or slow down Internet traffic that uses more bandwidth, but they would be able to give priority to content providers who paid for it. Indirectly, the increase in fees would trickle down to the customers, thus resulting in the same tiered pricing structure that open Internet advocates want to avoid. In April 2010, a unanimous three-judge panel of the U.S. Court of Appeals for the District of Columbia Circuit decided that the agency did not have authority under Title I of the Communications Act to dictate to service providers like Comcast how they should manage Internet traffic on their networks. That decision brought into question the agency’s authority to adopt net neutrality rules at all, so the FCC had to determine whether it would reclassify broadband services to adopt regulations under Title II of the Act or address the issue in some other manner.

The approach, which will be opened to the comment process, essentially is to partially reclassify broadband under Title II – the regulatory scheme that oversees traditional phone companies – to the extent necessary to restore the power that it lost via the Comcast decision. 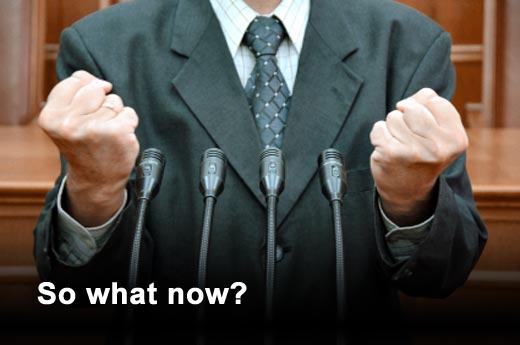 Either Congress or the FCC needs to act. Since neither is likely to do so until after the November 2010 elections, and the election results may change the makeup of Congress, it may be that ultimately the FCC will not act on net neutrality at all.