The Road to the Benefits of SDNs Is Long and Complex

7 Predictions on How NFV and SDN Will Mature

451 Research, in its “Q4 2015 Software-Defined Infrastructure” report, found an increase in spending on software-defined technology in more than two-thirds of enterprises.

The survey, which InformationWeek said is based on 900 responses from North America and Europe, used an expansive definition. Software-defined infrastructure (SDI), the story said, includes everything software-defined: from networking to storage to other elements.

The story says that 21.3 percent actually have an SDI in place. Of those with a partial implementation, VMware, with 66.3 percent, clearly is winning. Cisco is the next vendor in the pecking order with 39.2 percent and Microsoft is third at 28.1 percent.

Perhaps SDI’s salad days are almost here. Virtualizing anything is a significant challenge and, since these networks are mission-critical, will be tested and retested until they are proven to be beyond bullet-proof. That process is well under way:

About 40 percent of survey respondents were doing pilot or proof-of-concept projects. In addition to the virtualization of hardware resources, getting to a software-defined infrastructure includes automation of server, storage, and networking provisioning for end users, an ability to scale out the infrastructure elastically, and a more policy-driven approach to management.

BizTech offers a story that has a lot of definitions. It describes what software-defined networks (SDNs) are, the advantages they offer and what the accepted models are.

The piece points to two approaches: the imperative SDN and the declarative SDN. The former is a centralized controller or controller cluster that uses a protocol such as OpenFlow to exert SDN functions throughout the network. The declarative model is decentralized and seems more complex: The story says that “policy is centralized, policy enforcement isn’t.” This approach is implemented by the Cisco Application Centric Infrastructure (ACI) and the OpFlex protocol. 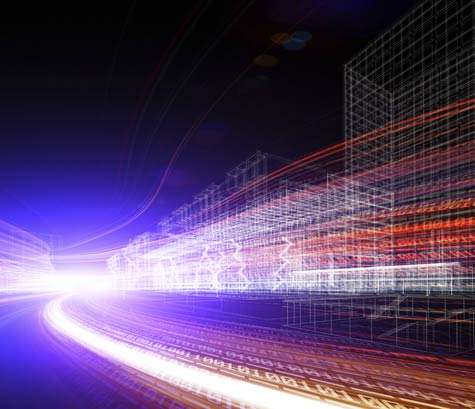 Organizations can ease into SDNs. In an article for Network World, analyst Zeus Kerravala, who runs his own research firm, discussed implementation with Jean Turgeon, who is Avaya’s Vice President and Chief Technologist for World Wide Software-Defined Architecture Sales. Kerravala, who counts Avaya among his clients, talked about what an organization should do as it executes a shift to SDN. Commentary is offered on each step. In short, Turgeon said that companies need to simplify their environment, deploy and enable network edge automation and enable open orchestration.

Transitioning to SDNs is one of the most complex things an enterprise can do. It’s a long and hype-filled process. In that way, it’s similar to network functions virtualization (NFV). Moving to an SDN structure involves changes to what, in essence, is the organization’s bloodstream. The benefits at the end of the road for many companies will make the work and risks worthwhile, however. The key is to take the trip deliberately and carefully.