SDN in 2014: More Adoption and More Money for Vendors

Software-defined networking (SDN) emerged in 2013 to be one of the hottest trends in networking. SDN wasn’t invented in 2013, it’s a concept that has its roots in a Stanford University thesis co-authored by Martin Casado in 2005, “The Virtual Network System.” The term SDN emerged in 2009. Ironically, Casado, the man who helped to create the SDN revolution, said in a video interview earlier this year that he no longer knew what the term SDN meant, because the definition has blurred as networking vendors big and small adopt the term to fit their own definition.

At its core, SDN is about agility and flexibility in networking topology, separating out the data packet flow logic that had traditionally only resided within networking hardware chassis. In a typical SDN model, the data packet flow paths are defined by a software-based controller, while data flows across both physical hardware as well as virtual software switches, in what is known as an overlay model. The SDN market is still a relatively young one, and 2014 is likely to be a year of growth as technologies mature and vendors aim to deliver on their promises. In this slideshow, ITBE takes a look at the SDN market as it ends 2013 and its outlook for 2014. 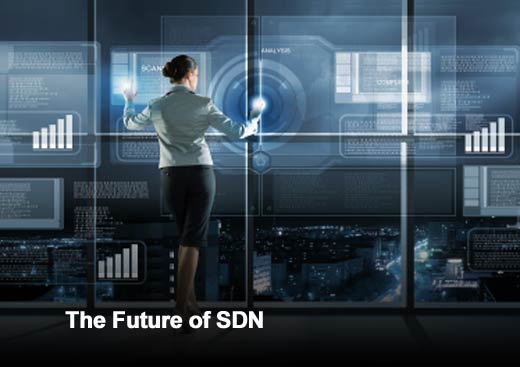 Click through for a closer look at the SDN market in 2013 and what is expected for 2014. According to a new QuinStreet Enterprise Executive Brief, SDN deployment among enterprises today stands at only 14 percent. The 2014 Data Center Outlook: Data Center Transformation – Where Is Your Enterprise? results also found that 15 percent of the surveyed enterprises were planning to deploy SDN within the next 12 months. Additionally, 33 percent of respondents indicated they are considering SDN. Thirty-nine percent indicated that they had no plans to deploy SDN. Demand for SDN in the U.S. federal government is also currently low according to a recent study from Juniper Networks. The study asked, “In approximately how many months, if at all, does your agency or department plan to adopt SDN?” The surprising result that came back was that 64 percent of respondents indicated that they have no plans to adopt SDN. “Given that SDN is a new technology approach, we would expect many IT professionals to say that they have no current plans,” Mark Belk, national government chief architect at Juniper Networks, told Enterprise Networking Planet when the survey was released. Adoption of SDN in 2013 is still in the early stages, but analysts expect vibrant growth in the years ahead. According to Infonetics Research, the market for SDN controller and Ethernet switches that are being used for SDN will hit $3.1 billion in revenue by 2017. IDC has a different number for its SDN forecast, though it’s not off by an order of magnitude. IDC predicted in May of this year that SDN revenues would hit $3.7 billion in revenue by 2016. 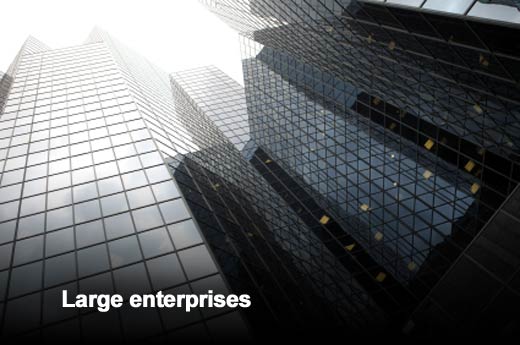 Cisco ramping up its SDN vision with ACI in 2014.

No networking vendor in the world is bigger than Cisco and Cisco has perhaps the most to gain or lose from the SDN revolution. During Cisco’s recent financial analyst day event, CEO John Chambers noted that SDN plays to all of his company’s strengths. Cisco has a number of SDN-related initiatives under way, including its Application Centric Infrastructure (ACI) architecture. In 2013, Cisco announced and introduced ACI, but so far only the Nexus 9000 hardware switch is actually available for customers to order. The bigger piece of the puzzle will be the Application Policy Infrastructure Controller (APIC), which is set to debut in the first half of 2014. Open Source OpenDaylight will play a key role in 2014.

While individual vendors will continue to push their own SDN agenda, the role of the OpenDaylight Project, which is led by the Linux Foundation, will become increasingly important. OpenDaylight is now set for its first generally available software release in early 2014, providing a multi-vendor, open source SDN framework platform. Many major networking vendors have a seat at the OpenDaylight table, including Cisco, Juniper, Brocade, Huawei, IBM and Microsoft. With such broad participation, it’s possible that OpenDaylight could emerge to become a standard SDN platform foundation. OpenContrail could emerge in 2014 to be a dark horse SDN controller.

One potential thorn in the side of OpenDaylight is the OpenContrail SDN controller project run by Juniper Networks. Juniper is also a member of OpenDaylight, but decided to open source its Contrail controller platform in September. Juniper has been racking up some early wins with OpenContrail, including the Government of Hong Kong, which is now using the SDN controller in its Cyberport business accelerator initiative. Big Switch will re-emerge as it makes its big business switch.

One of the earliest players in the SDN space is Big Switch Networking, which is also based on an open source controller. The Big Switch open source Floodlight SDN controller is one of the most widely deployed controllers in use today, though commercial success has been a bit elusive for Big Switch. At the end of 2013, Big Switch named a new CEO and announced a new direction that melds both physical and virtual elements of SDN. The company has a number of new products set to debut in 2014, including a monitoring fabric and Cloud Fabric solution. VMware NSX will move to broader deployments in 2014.

Martin Casado, the man who helped to kick off the SDN revolution, will be active in 2014. Casado sold his company, Nicira, to VMware for $1.26 billion in 2012. At the VMworld USA event in 2013, Casado pulled the wraps off the new VMware NSX network virtualization platform that fully integrates Nicira technology into the VMware world. The promise from VMware is nothing short of achieving the same lofty heights with network virtualization that the company has already achieved with its domination of the server virtualization industry. Announcing a product is one thing, but it remains to be seen in 2014 whether the adoption and deployment of NSX will happen (or not).

Previous article
Robotics: Humans Need Not Apply
Next article
More of the Same for BlackBerry