Fast Networking to Be the Norm in 2015

The telecommunications world is settling down after the long holiday break. The extra-long holiday was likely the calm before the storm, though, as the year ahead in telecommunications will feature a lot of gigabit services announcements and service inaugurations. The pace of such news accelerated in 2014 and shows signs of hitting critical mass during the new year.

Joan Engebretson at Telecompetitor wrote that she was “astonished” by how many players entered the market with gigabit services in 2014. She counted 31 companies that reached 1 gigabit for the first time, and noted several that already expanded their services. The interesting thing is where the strength lies. Engebretson wrote:

But the service provider group with the biggest number of players announcing gigabit plans in 2014 was the Tier 3 group. Telecompetitor covered 11 Tier 3 gigabit announcements in 2014 – and there may have been more. While this might initially seem surprising, it’s actually very logical. Many smaller telcos already have deployed fiber-to-the-home and once that investment has been made, it’s relatively easy to upgrade to gigabit service.

Another intriguing element of the growth of gigabit services is that the sponsors of the projects are from a wide variety of sectors. At LightReading, Jason Meyers noted that telcos, cable companies, municipalities operating under public-private partnerships and independent providers such as Google Fiber all are active in the high-speed network game. The wide variety of platforms and sponsoring companies suggests robust and healthy growth is likely to continue.

Meyer’s story focuses on utilities. At a high level, it seems that these companies are a perfect vehicle for gigabit services. They provide an essential service and are present in almost every home. They therefore have the infrastructure and municipal approvals that are vital to fiber-to-the-home (FTTH) projects. However, none of this is a guarantee:

In other ways, the affiliation isn’t so logical. For one thing, despite the fact that most utilities rely on advanced communications technologies to deliver many of the services they provide, some of them aren’t all that tech-savvy. Many of them have yet to upgrade and modernize those communications networks, either because they don’t have the budgets, or in some cases because they may not have the technology know-how. In other words, they’re not all as advanced as EPB and other utilities that have become entrenched in the gigabit services sector. 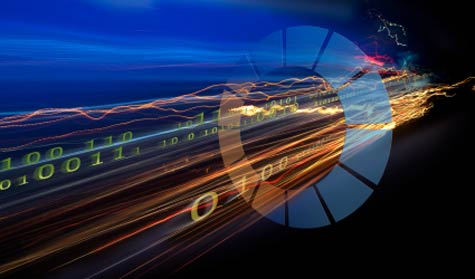 The cable industry also will increase the average capacity of its networks in 2015. After years of planning, the industry’s answer to FTTH, DOCSIS 3, is ready for primetime. Lightwave reports that in mid-December, cable industry consortium CableLabs said that six suppliers have passed interoperability testing with the new standard, which is expected to begin rolling out this year.

Finally, the states will be heard from. In September, Kentucky announced a multiyear “middle mile” partnership with Macquarie Capital to provide high-speed connectivity to the Commonwealth. The deadline for Connecticut towns to respond to a request for proposals (RFP) on a last-mile project is next week. It is expected that 46 of the 169 towns in the state, which represent about half the state’s population, will respond.

Those projects are just the tip of the iceberg. The reality is that high-speed networks in the 1 gigabit range and beyond became more common in the last year. They will be the norm starting in 2015.