‘Tis the season for tech buzzwords to fill the air. Trends such as responsive Web design became commonplace. Wearable computers emerged as the next (potential) revolution. And HTML5 established itself more than ever in application development.

There were also unintended trends that emerged from this past year. Healthcare.gov propelled phrases like “Web application development,” “back-end database architecture,” and “software quality assurance” into the public lexicon like never before. And an NSA system administrator – turned whistleblower – brought serious attention to the issue of data privacy worldwide.

“Although mobile development has dominated trends and will continue to progress computing and technology in general, 2014 will be the year that Web development fights back.” said Himanshu Sareen, CEO of Icreon Tech. “In the enterprise as well as the consumer space, Web development will be an area of tremendous innovation.”

In that vein, Devanshi Garg, COO of Icreon Tech, has provided a few more software and technology trends for 2014. Click through for the top 10 tech trends and predictions for 2014, as identified by Icreon Tech. The lost art of the go-live

Healthcare.gov was one of the most disastrous go-lives in the history of IT. If a startup were in that same scenario, needless to say, they wouldn’t have half a billion dollars to bail them out. The biggest lesson that IT can learn from Healthcare.gov’s launch, regardless of politics, is the importance of a fluid and seamless launch. In 2014, internal IT teams, software development firms, and technology departments will focus even more heavily on software launches to avoid such public mishaps. Gamification in the enterprise

Mobile app developers and Web developers have already incorporated game mechanic elements into their experiences. For instance, billion dollar real-time traffic app Waze has a strong gamification element. Users receive points, recognition and rewards for proper usage. Expect the same in the enterprise in 2014. Springshot, a West Coast-based startup, is developing a mobile gamification solution for the aviation industry. Companies like Spotify have already introduced gamification to replace annual reviews. Instead, employees use a Web application that provides weekly and daily summaries of their accomplishments, acknowledgements, and overall productivity. Companies like Facebook, Walmart and Amazon have contributed tremendously to innovative database systems and cloud services. From “eco-friendly” data centers to custom server hardware to distributed computing methods, the world’s largest companies are setting new standards for IT architecture. Gartner Research VP Cameron Haight explains that, “it’s not the cloud per se that will save enterprise IT, but thinking and acting like the major cloud providers across all the key dimensions of IT that will.” Now that such technology is available at a lower barrier to entry, expect to see mid-sized enterprises emulating data center architecture used by the world’s largest corporations. 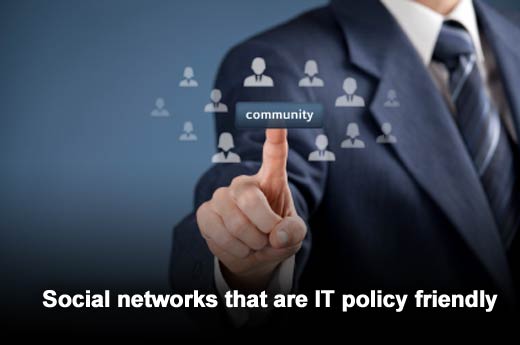 As millennials continue to populate the corporate landscape, expect to see a shift in enterprise communication and knowledge management applications. In the same way that email replaced paper memos and pagers, custom or out-of-box enterprise social networks will continue to grow, and may replace email! (Just kidding, some things in life will never go away.) Services such as Salesforce Chatter, Microsoft Yammer and SocialCast from VMWare have taken off. So expect greater ubiquity of enterprise social networks in 2014. 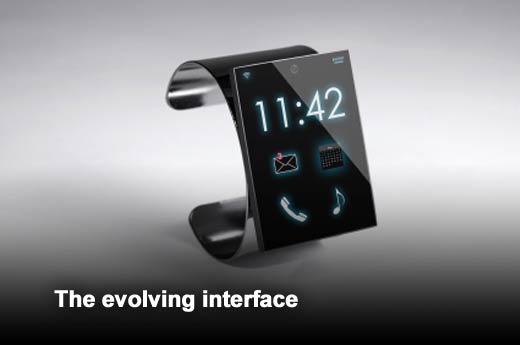 Biometrics. Motion sensors. Facial recognition. Eyeball tracking. These are all potential new methods for human interaction with computing systems. Apple’s introduction of the fingerprint sensor is a major step forward for the consumerization of biometrics. And with the release of smartwatches such as the Samsung Galaxy Gear, developers and users will require a new approach to UI for such limited screen space. Expect to see a wave of new interfaces to expand beyond touch. 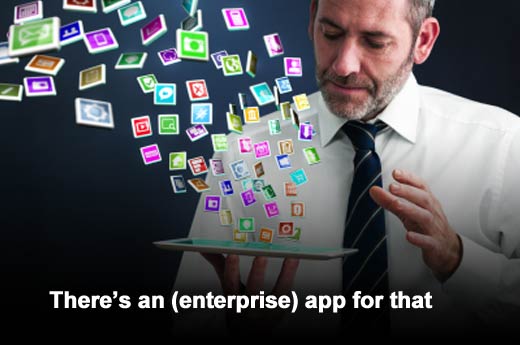 There’s an (enterprise) app for that

As tablets and smartphones continue to contribute to PC obsolescence, issues related to mobile employees using fragmented device types and operating systems will exponentially increase. Malware, malicious apps and third-party data collectors are the new enemy in enterprise IT. One of the most impactful ways to prevent such issues is the creation of custom enterprise app stores. Such corporate app stores will provide a secure environment for employees to download the software and mobile apps they need for day-to-day operations. Imagine a morning plagued by traffic…

Now that IBM’s Watson’s APIs are available to the public, expect a whole new breed of apps. Smarter apps that anticipate a user’s needs and adapt processes through machine learning will be widely available in 2014.

Learn more: Question: Watson. Answer: What Is a Computer That Will Have Great Impact? Are your devices smarter than a 5th grader?

Jeff Bezos went viral with his “60 Minutes” interview when he unveiled automated delivery drone prototypes for shipping Amazon packages. And last year, Amazon purchased Kiva Systems, the automated robotics company, to apply the technology in its warehouses. Google has also been on a buying spree of robotics companies, such as Meka and Redwood Robotics. Tesla Motors also boasts a significant robotic automation strategy within its factories. In 2014, expect robotics in the enterprise space to be in the headlines and on the factory or warehouse floor. Employee uniforms? Why not employee wearables?

While Google Glass and FitBit are widely recognized by the public, it seems wearables may gain an initial foothold in the enterprise. Specifically in the area of industrial processing and high-tech mechanical engineering, wearable technology can create a smarter and safer factory floor. Toshiba engineers already use augmented reality apps for repairing machines. With the public sale of Google Glass in 2014, expect businesses to get creative on how they can use wearables to maximize productivity in the workplace. The revelations of NSA snooping within some of the largest U.S. companies has resulted in an increased focus on data privacy. In fact, entire services and businesses are emerging as ‘data-free.’ Such offerings are emerging in an attempt to attract customers worried about data privacy. Google’s chairman Eric Schmidt went so far as to write an op-ed piece for The Washington Post. Microsoft also publicly denounced the practice and pledged to work on encryption that bars access from NSA intrusion.

Learn more: Breaching the NSA: Is Your Enterprise Next?