Question: Watson. Answer: What Is a Computer That Will Have Great Impact?

IBM’s Watson, which rose to fame by trouncing Jeopardy champion Ken Jennings (who set the record with 74 straight wins against human competition) is being put to more productive uses than game shows.

Watson, according to the company, is a cluster of 90 IBM Power 750 servers, each utilizing a 3.5 GHz POWER7 eight-core processor. The platform offers 16 Terabytes of RAM. Here are some ways that Watson is being used now and descriptions of how it will be used in the future. 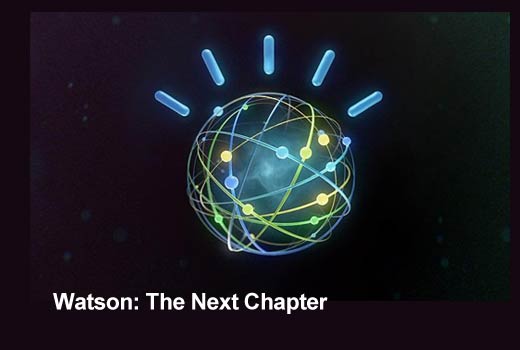 Click through for ways that Watson is being used now and descriptions of how it will be used in the future. 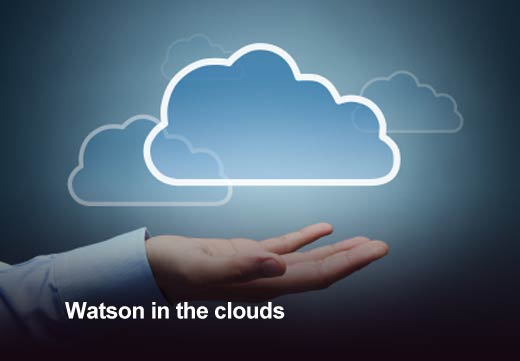 Watson in the clouds

The uses and visibility of Watson will grow exponentially in the coming months as IBM creates a cloud-based development platform. The move, which was announced on Nov. 14, aims to spur development and creativity. IBM says the Watson Developers Cloud will partner with venture capital-backed and entrepreneurial firms as well as established players. The goal is to harness Watson’s awesome power for medical, financial services, commercial and industrial uses. Stephen Gold, IBM’s vice president of solutions, said that in May the company established the IBM Watson Engagement Advisor, which aims to change the way businesses and consumers interact. He said that it can be a tool for customer service agents or be made directly available to consumers. 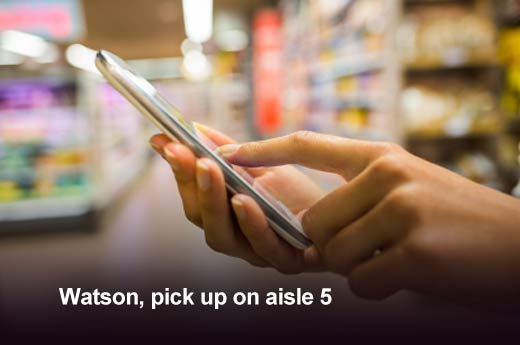 Watson, pick up on aisle 5

Fluid Inc. is attempting to use Watson to help shoppers find what they need. The company said that Watson will power the Fluid Expert Personal Shopper, which will be available next year. Internet Retailer reports that Fluid is working with The North Face to develop and test the app, which will dialogue with shoppers to hone in on what they want. IB Times looks ahead to a couple of uses of Watson. Shoppers will be able to use Watson to search through the Web to find sales or other targeted information. For instance, the platform could send alerts to a mobile device if the user is a given distance from a store that offers a product at a desired price. The story also suggests that Watson could act as a news agent that finds and presents news precisely fitting the owner’s needs. The Cleveland Clinic is using Watson to help train young physicians and, in the future, may let the computer aid at the bedside itself, according to The Atlantic and The Plain Dealer. The piece says that WellPoint already has used Watson as a support tool for nurses in their treatment approval duties. The battle against cancer

Watson will work with Memorial Sloan-Kettering Cancer Center in New York City, one of the leading cancer centers in the world, to help professionals more effectively wade through the massive amount of data that exists. The depth of the challenge is illustrated by the claim in a Sloan-Kettering video that available medical information doubles every five years. Prism Legal suggested another numbers-crunching potential use for Watson: Cutting through millions of documents and other data for lawyers as an eDiscovery tool. Lawyers quoted in the story suggest that the use of Watson can more or less revolutionize this incredibly time-consuming but vital task. Finance is another area where Watson’s skills come in handy. IBM says that it is partnering with financial institutions to help Watson learn the business of retail and institutional banking. It is sort of an e-apprenticeship. Watson will excel, the company says, in investment choices, discerning trading patterns and in risk management applications. It is “being designed as the ultimate financial services assistant, capable of performing deep content analysis and evidence-based reasoning to accelerate and improve decisions, reduce operational costs, and optimize outcomes,” according to IBM. If Watson really does have human-like intelligence, then it probably will be thankful for some company. And it will have it: The Never Ending Image Learner (NEIL) is a project at Carnegie Mellon University in Pittsburgh that looks at images on the Internet to develop what can best be described as common sense. It examines about a thousand images per minute, each minute of every day. In four months of operation, NEIL has identified 1,500 objects and learned to “understand” 2,500 concepts, according to Newsweek.

Previous articleRisk Management: A Look Back at 2013 and Ahead to 2014
Next articleComcast, IPv6 and SDNs: Moving the Internet into the Future