Some Pressure Is Off, But Battery Life Still an Issue

One of the issues that mobile device vendors, service providers and users are well aware of is battery life. While it still is a hot issue, the dynamics have changed a bit during the last couple of years.

In the past, twin trends were seen as a tremendous problem. On one hand, applications and services were becoming more power-hungry and, on the other, devices were getting smaller. The small size of the device limits the size, and therefore the power, of the battery. This was seen as a looming threat to the very survival of the sector.

The pressure has eased a bit, however: The popularity of video on mobiles has led to a consistent growth in screen size, which means batteries can grow a bit.

That doesn’t mean that it isn’t an issue, however. The demands continue to grow and even the bigger batteries are taxed. The good news is that the threat no longer has the potential to knock the industry off track significantly. In addition, a lot of the research that started when battery life was seen as a potentially fatal flaw appears to be paying off now.

The challenge is laid out in a report at eWeek on work done by ABI Research. The story points to a shift from current lithium-ion/graphite and “one-to-one charging solutions” to silicon anode batteries and germanium and pure lithium variants. Other approaches are in play, too, such as harvesting radio frequencies and ambient and kinetic charging.

Interesting research and breakthroughs emerge on a regular basis. PC World reported this week that Nanyang Technology University in Singapore has developed a battery technology that allows charging in minutes — and lasts 20 years. The technique involves replacing the graphite that currently is used in the anode of a lithium-ion battery with a gel made from extraordinarily thin titanium dioxide nanotubes. This relatively simple step radically increases both the speed of recharging and the time between those charges.

Clearly, changes are ahead for batteries. That doesn’t mean too much, however, to consumers who feel like they have to recharge every few minutes today. Phone Arena posted a study that looked at available smartphone battery life. The winner, the site said, is Sony Xperia Z3:

The phone lasted for nearly nine and a half hours of screen-on time when we ran our tasking battery benchmark, putting it comfortably ahead of any other flagship big-screen phone or phablet we’ve tested at the moment.  As mentioned, this is more than any other flagship we’ve measured so far – phone or phablet – and even more than the Ascend Mate7, which comes equipped with a whopping 4100 mAh juicer, while the Z3 has an “only” 3100 mAh piece in a 7.3mm thin waterproof body. 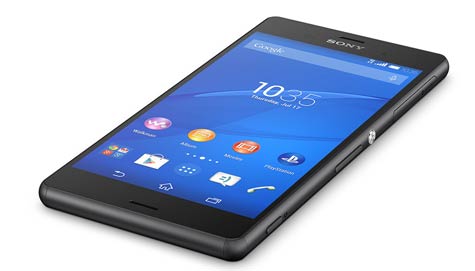