The Path to Mobile Payments 2015

It’s not surprising that mobile payments, which mix consumers’ hard-earned money with the real and imagined fears of the dangers of the mobile Internet, are raising concerns.

Last week, I highlighted a Bloomberg report that said Apple Pay has not gained traction. Security concerns almost certainly are at least partly to blame for the sluggish start.

More reports of problems in the mobile payment category are directly tied to security worries. CRN says questions are being raised after LoopPay, the technology behind Samsung Pay, was hacked by Chinese hackers as far back as March. Samsung’s response in the CRN story was that the issue didn’t affect user data and was quickly corrected. But, in terms of public image, the damage mostly likely was done. Samsung Pay launched on September 28.

Mobile payments are becoming more sophisticated as technology continues to evolve, but even with this maturation, adoption is still minimal due to several barriers. Security is one of these, and a top concern even among those working in tech.

Two things there are troubling to the mobile payment industry: The category hasn’t gained traction and even the pros feel that there are potential problems. Usually, security pros are the leading edge of assuring the public about the safety of a new technology. Not this time, it seems.

A survey by international IT governance organization ISACA released in August put mobile payments at the bottom of the list of payment methods trusted by respondents. Almost half called the approach insecure, while about 30 percent of business and IT pros were uncertain of safety. 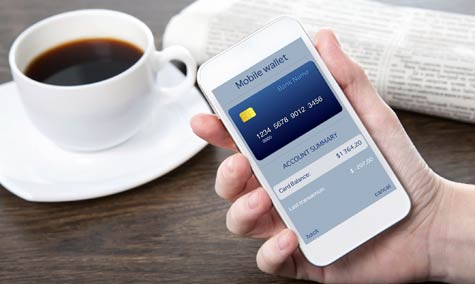 Stephen Price, CEO of E-Complish, posted a commentary at Payments Source bemoaning the situation. His points are well taken, and certainly make sense for the industry. Price cites another study, this one by recently hacked Experian, that offered the same conclusion about the uncertainty of tech professionals. Price makes important points on how to better secure payments.

The bigger picture here is the general belief that mobile payments aren’t secure. Mixing money and mobility even under perfect circumstances will worry people. Winning their trust is the key. It’s a bad sign that the experts are among those who are very worried.