Surface was always an interesting product, but in this case, interesting wasn’t necessarily a good thing. Surface I gave folks an ugly choice of an expensive tablet-like laptop that was heavy, expensive and had poor battery life, but ran Windows 7 apps, and an attractively priced tablet that was light, had good battery life and wouldn’t run Windows 7 apps at a time when there were few Windows 7 apps. Surface 2 brought the price and weight down on the pro product and increased battery life significantly, and the RT product got far more performance, but the two products looked nearly identical, and neither was a very good laptop computer, though the tablet capability improved. Surface Pro 3 looks like a much better thought-through product, possibly making this third-generation product the one folks may love, at least for work. 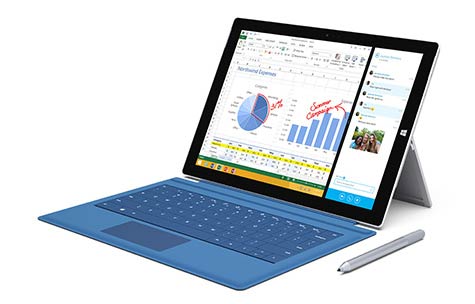 It often takes three generations to get a product close to ideal. With a unique product, the first generation is mostly a guess at what people will want. The second generation is designed to fix problems the vendor has found, but typically comes too soon to take into account market feedback. And the third generation incorporates both market feedback and improvements that the component manufacturers have made to address the issues that were identified in versions one and two. As a result, the third generation product tends to come the closest to what the market may want in a product.

The problems that needed to be addressed in versions one and two of this product included heavy weight, thick appearance, high cost and, with a product that was targeting more of a laptop use, the screen size and keyboard. Typically, 12 inches is the smallest screen size folks will accept in a laptop, with 13.3 inches being the ideal balance of size and weight. The keyboard needs to feel sturdy so it works well on your lap. It isn’t an occasional tool, but one you’ll live with, and the first-generation keyboards (with the exception of the generation-two keyboard with a booster battery) were too flimsy.

The product needed a significant facelift, a larger, better keyboard and a much stronger laptop effort than it was showcasing in the first two versions.

Surface 3 showcases the advantages of a third-generation product. It has a 2K screen at 12 inches, which effectively gives you 13 inches of content in a 12-inch form factor, allowing it to function as a tablet but be far more ideal in laptop form. The keyboard, which remains optional, is much stiffer, allowing it to be used much more successfully on your lap, and it is slightly bigger, providing more room for larger hands.

Pen use has been sharply improved as has palm block so this product can more successfully be used than consumer-focused tablets as a professional tablet for forms (this is big in health care and insurance). And the pen has productivity features that allow for rapid screen shots and OneNote access, both apparently important to slate tablet users.

Prices start at just under $800 without the keyboard, which puts the product in the low mid-range of ultrabooks, but most firms will want the configuration that has the i5 Intel processor for compliance, which is $200 more and toward the low end of business-focused ultrabooks.

Finally, products in this class have to be attractive and have decent sound. This third-generation product is far thinner and better looking, and the speakers are much more powerful, addressing this need as well.

In short, on every vector, Surface 3 addresses the problems that were identified in Surface 1 and 2, suggesting this one may be the one that business users want. 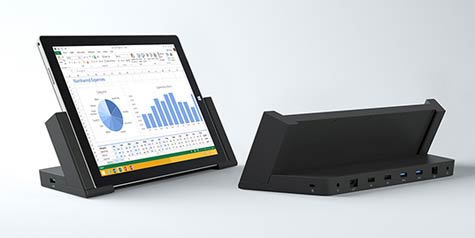 For a product that targets users and is unique, it generally takes three versions to refine the product so it can close on customer needs. With the first version, even the customer doesn’t really know what they want, and the second version comes too soon to address what has been learned in market. The Microsoft Surface Pro 3 represents this rule in action, addressing sharply the problems in the first two iterations and suggesting that folks who don’t like to be on the bleeding edge and will wait for the third generation are a bit smarter than the rest of us.