Manufacturers of PCs have come under a lot of criticism for their inability to come up with a tablet that runs Windows and has enough appeal to counter the popularity of the Apple iPad.

Today Lenovo is aiming to silence those critics with the unveiling of a 10-in. ThinkPad 10 tablet at the Lenovo Accelerate 2014 Partner Forum.

The new Lenovo tablet can also be configured with a variety of wireless networking options, including 3G/4G LTEsupport, and provides IT managers with both VPN access controls and application deployment management tools that prevent users from installing applications that are not approved by the IT department.

Weighing a little over a pound, the ThinkPad 10 has an aluminum case and gorilla glass for viewing high-definition videos. Priced at $599, the ThinkPad 10 is scheduled to be available in June.

Baker says that as mobile computing evolves, organizations are looking for business-class mobile computing devices that can run a complete range of Windows applications. While Lenovo still views tablets as companion devices to the PCs that end users will still primarily rely on to create content, Baker says that doesn’t mean the tablet experience should be compromised in any way. 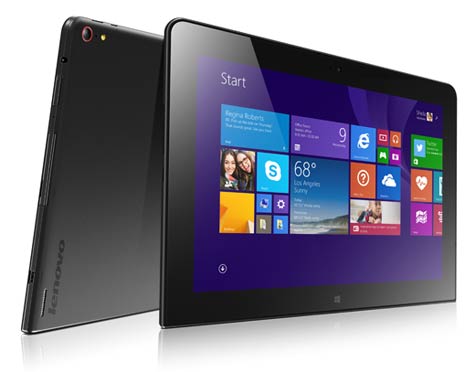 While Apple clearly holds sway when it comes to tablet devices, Baker says IT organizations are becoming more conscious of the total cost of managing mobile computing devices running multiple operating systems. When organizations can meet the needs of their end users via a range of devices that all run the same instances of Windows, they can lower their total cost of ownership. In fact, a recent survey shows that end users would actually prefer to use a tablet device supplied to them by their company than one they owned.

Of course, Lenovo is gearing up to enter the smartphone market following the announcement of its intent to acquire Motorola Mobility. Most of those devices will run an instance of the Google Android operating system. Sometime in 2015, it’s logical to expect that Lenovo will move to unify the management of Windows and Android systems via a set of cloud services.

In the meantime, Lenovo is betting on pent-up demand for a business-class tablet that is not currently being met by the Microsoft Surface 2 tablet family of products, which were primarily designed for consumers rather than business users.

Previous article
Mix of IT Initiatives Offer Compelling, Immediate Savings for Federal Agencies
Next article
Eight Bulletins from Microsoft this May Patch Tuesday