I wrote a post last week about a study commissioned by Dell and Intel that provided some enlightening information about employees’ technology adoption and expectations.

Beyond what was covered in that post, Steve Lalla, a Dell vice president and general manager who contributed the commentary, was also able to address how this type of research helps guide Dell’s strategy, and what’s changed since Dell last conducted this survey in 2011.

The 2014 “Global Evolving Workforce Study” was commissioned by Dell and Intel, and conducted by TNS, a global market research firm. As for how this type of research aids Dell in its strategic planning, Lalla said that Dell launched the initiative to fully understand exactly how technology is shaping the workforce of the future and in turn, help its customers respond to the challenges and opportunities of the evolving workforce. He listed three “actionable insights” for Dell and its customers that came out of the study:

I asked Lalla if there’s anything Dell has done that’s at least partially attributable to the findings of the previous “Global Evolving Workforce Study,” which was conducted in 2011. He said there certainly is.

“Back in 2011, our survey showed a continuing trend around employees’ desire for flexibility in their work,” Lalla said. “For example, six in 10 employees wanted to be measured by the quality of the work they deliver, rather than time spent in the office, and less than two-thirds of global employees felt they could get their work done in a traditional 9-to-5 schedule.”

Since then, Lalla said, Dell has launched its 2020 goals, which include the goal to increase its eligible team member participation in flexible work programs to 50 percent as part of the company’s Connected Workplace program.

“Connected Workplace is about technology and about creating a productive and creative workforce via work arrangements such as job sharing, variable work hours, and working from home as the need arises,” Lalla explained. “Approximately 20 percent of Dell team members participate in Connected Workplace, and another 20 percent take advantage of the program resources unofficially.”

Lalla went on to explain that while the survey in 2011 wasn’t precisely the same as the 2014 survey in terms of countries and questions, both studies touched on some key themes. He said overall, the big takeaway from the two studies is consistent: “IT managers need to provide access to data based on employee profile, which could vary by industry.” 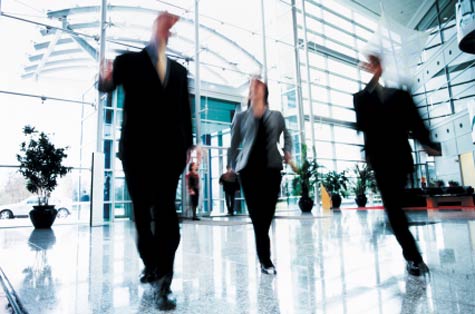 “Flexibility on hours worked seems to have grown since our last study,” Lalla added. “Back in 2011, only 44 percent of workers indicated their employer gave them the flexibility in choosing the hours they work.” He said the 2014 survey shows that globally, 64 percent of employees conduct at least some business at home after business hours.

“It’s clear that back in 2011, there was some apprehension on the part of employees about being judged when working from home. But interestingly, they still believed that one was more productive when working from home,” Lalla said. “For example, 64 percent believed that their productivity was measured by time spent in the office, yet 72 percent of workers believe that working remotely enabled them to be more productive, and saw this increasing in the future.”

To wrap up the discussion, I asked Lalla what predictions he thinks might be included in a 2017 report that were not found in the 2014 report.

“When I think of future predictions, advanced mobile connectivity and the Internet of Things come to mind,” he said. “In particular, Big Data will likely become even more central to businesses in the near future, particularly as it relates to career evolution and productivity.”

Lalla pointed out that in the Expert Insights portion of the survey, discussions surrounding Big Data and career advancements were a major anticipated trend.