Enterprise software development is a massive undertaking. It’s expensive, it’s daunting, and yes, it can be risky. Yet somehow, after all of the hard work and budgeting that goes into these projects, it’s disconcertingly common for businesses to run head-on into a brick wall just as they approach the finish line: No matter how smoothly the launch might have gone, there’s always the looming possibility that users simply won’t use the software.

The adoption problem is more prevalent than you might think: Surveys show that more than half of businesses are flat-out terrible at getting users to adopt new software. And although lots of businesses try to pick up the slack after a slow launch, we see a lot of platforms left to languish in decay because of poor user adoption. In this slideshow, Himanshu Sareen, CEO of Icreon Tech, has identified six common mistakes that businesses make in implementing new software, as well as ideas for how to maximize your own user adoption efforts. 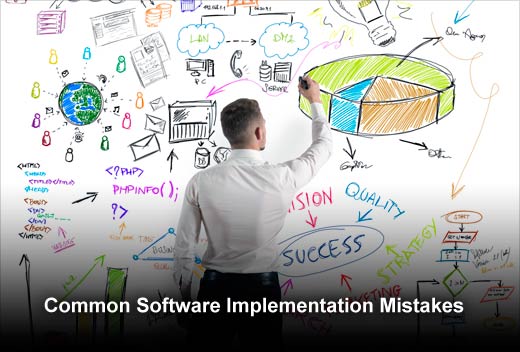 Click through for six mistakes organizations make when developing and implementing new software, as well as tips on how to improve the process, as identified by Himanshu Sareen, CEO of Icreon Tech. 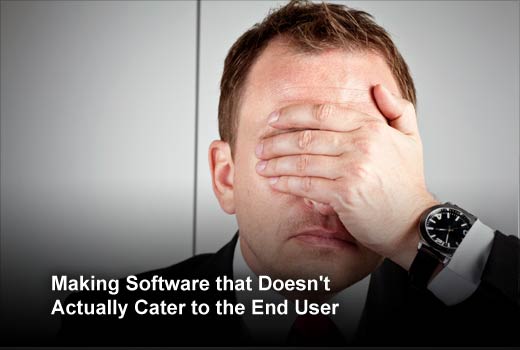 Making Software that Doesn’t Actually Cater to the End User

If you make quality software that has a clear and profound impact on the way users work, adoption should occur naturally. With this in mind, many organizations prioritize software development over change management efforts. The drive to make software more user-friendly has become increasingly more prevalent over the past few years, where design thinking and consumerized platforms are turning into the gold standard of enterprise software. By consulting with users and conducting intensive testing, organizations can make software that’s both more efficient and more closely suited to user needs.

Channeling adoption efforts into the development process can be taxing: It’s one thing to teach your users to get along with the software, but it takes much more if you want to develop software that gets along perfectly with users. 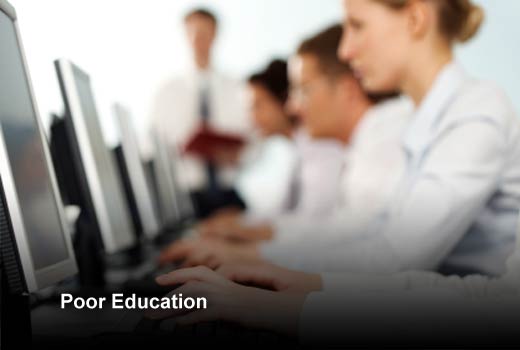 Even if your new software is nearly flawless, team members will always approach it with skepticism, especially when they’re already accustomed to an older platform. Every business should seek to remedy this issue with quality documentation, intensive training, and software socialization efforts to smooth the adoption process. Regardless of how you approach a new software implementation, this is an absolutely necessary step for helping users make the jump. Giving Up on Initial Resistors

In many enterprise software implementations, there seems to be at least a handful of “resistor” types who simply don’t latch onto new software, no matter how well-executed it might be. But that’s no excuse to leave them by the wayside. Not only is it fatalistic and unconstructive to view resistors as a lost cause, but it also misses out on a big opportunity: What if, through quality training and support, we could sway these users to take up the software for themselves?

Instead of neglecting these users, try the opposite approach: Give them early beta access to your new software to see where it might be improved. Their perspective can lead to a better user experience, and their concerns will allow you to eliminate further issues before they even materialize. Failing to Take Up a Philosophical Approach

What’s the main reason why teams fail to adopt software? Two prevailing ideological attitudes to answering this question are constantly at war with one another. The first says that change management is the best way to drive successful enterprise software adoption. Even if the software is sub-par, in other words, your team members will pick it up if you manage the transition well enough.

The other approach comes at it from the opposite angle and says: If you develop good enough software, the adoption will come naturally. While users will still need good documentation and some basic training, the user experience and the software’s core utility will do the majority of the legwork.

When beginning a new project, businesses should first determine which ideology works better for the situation, and then achieve a consensus about which path they want to take. 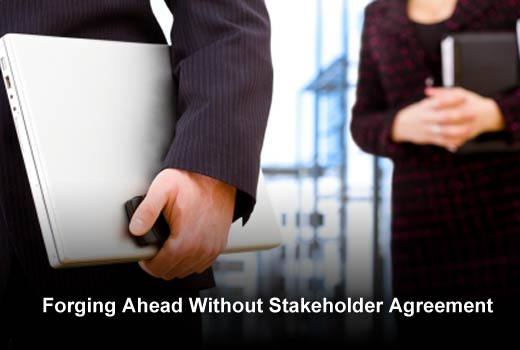 Forging Ahead Without Stakeholder Agreement

If there is an ideological rift within the business when it comes to new software implementation, more issues will present themselves as the project progresses or, worse yet, user adoption efforts may flat-out fail. The best approach is to keep a constant pulse on stakeholder opinions, sparking up macro-level conversations as often as possible. By discussing and debating the biggest issues in a project, stakeholders are encouraged to create a unified plan based on the most important question at hand: What’s the best way to win user adoption with this project? Not Following Through Post-Launch

One of the biggest myths that plague enterprise software adoption is that employees will easily pick up new technology once it’s launched. But even if the software is an improvement over the old system, users still need time to learn the ins-and-outs, and if they don’t have a firm grip on the functionality, they won’t use the software on a daily basis.

Even if you’ve spent time educating users before going live with a new project, it’s important to keep the efforts going after launch. This will keep the software fresh in the users’ minds, allowing them time to acclimate to the learning curve.