A few years ago, the vision of mobile payment systems hinged on near-field communications (NFC) technology, which promised secure storage of credit card data on a chip. It was hoped that electronics companies would be eager to incorporate such chips into mobile devices, but most weren’t interested.

In addition to NFC technology that is slowly finding its way into mainstream use, today’s mobile payment platforms rely on several new technologies, each of which poses interesting prospects for the future of retail shopping.

Most new versions of the electronic wallet, or eWallet, involve some type of mobile application on a mobile device — most likely a smartphone, since it seems almost everyone today has one. Each eWallet uses a different system by which it secures card and payment information, which can be accessed via an app on a smartphone.

Google Wallet and Isis still rely on NFC, which is available on only certain smartphones, and are supported in only a few establishments through a machine that reads your card information on the imbedded chip. These two forms of mobile payment are currently in use in a very small number of stores in the U.S. 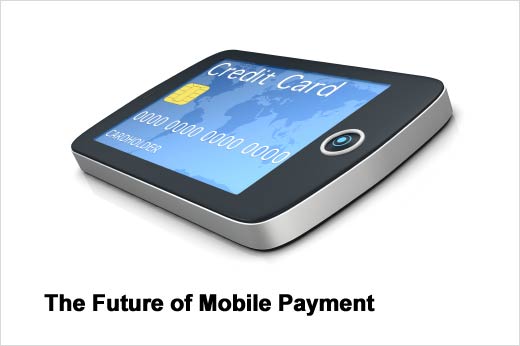 Click through for five mobile payment companies to keep an eye on in 2014. Square Wallet works with both Android and iOS devices. The technology works via an app installed on your smartphone, which saves your credit card information; however, instead of using that card information to pay directly, the app utilizes “merchant cards,” which are location based. At specified merchant stores, shoppers can use the Hands Free Checkout. They merely have to tell the merchant their name and their purchase is charged to the card associated with that store. Dwolla is a startup based in Iowa that allows app users to send money through a variety of platforms including email, phone and social media. The company claims it puts an end to paper checks and is a fast payment system, but it is hardly a replacement for the credit card. However, the company’s app is accepted by a number of merchants and smaller businesses, so its use is on the rise nationwide. Google Wallet is one of the companies relying on near-field communication (NFC) technology for simple payment with a tap of your smartphone. The NFC chip is available only on a select number of smartphones, and chip readers are in use in a very limited number of stores. The company also offers a Google Wallet Card that allows users to spend money allocated to that card via the app. Isis is another NFC-enabled payment system. The company supplies a cash card that users can add money to via a credit card. The cash card can be used where NFC payments are accepted, which right now is only in a handful of stores in Utah and Texas. 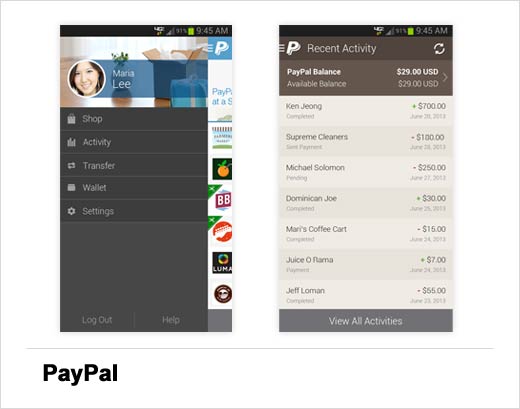 PayPal also provides an app for Android and iOS phones that allows users to exchange money. PayPal can be used at many establishments nationwide, including Home Depot, Office Depot and American Eagle.