Strangely, I think the Application/Content Neutrality Proposal from BlackBerry, modified so that it wouldn’t unfairly burden small developers, would actually benefit the dominant companies in the long term more than they realize. But short term, there is no doubt they’d tend to fight it because it increases near-term risk. Executives in today’s world tend to think tactically.

BlackBerry CEO John Chen’s plan, though, is tactically stupid for a dominant firm. For an emerging or recovering firm, this idea would be a godsend but it wouldn’t assure dominance. I expect, once it became dominant, a smaller public firm would switch from really liking this concept to really hating it. But one thing is absolutely clear: It would be a huge benefit for customers.

We all know that there is a huge disparity between apps for the dominant platforms in phones and tablets and those with smaller market share. It’s the same way with PCs; Microsoft owns the market and Apple has a vastly smaller share. Although, the advantage Microsoft has with Windows PCs, Apple enjoys with its iPhones and iPads. But even with its PC market share dominance, Microsoft can’t seem to get ahead of Apple or Android with its mobile apps.

Customers tend to follow the apps, at least the majority tend to, and one reason Android was able to get around this was to give the OS away for free.

To me, it seems that Google should have taken Apple out by now, because it has achieved critical mass in apps and customers. Also, its combined resources potentially exceed Apple’s, but the company never understood the value of marketing and it doesn’t coordinate its OEMs, so its effort is self-crippling. However, along with Apple, they now dominate the app market.

Interestingly, because the market is split, both vendors remain focused on competing and haven’t yet started to exhibit much of the stupid behavior that follows dominance.

When Dominance Leads to Stupidity

Dominance can lead to really bad vendor behavior. The first time I saw this was with IBM and the mainframe. It owned better than 90 percent of all the relevant markets, so the company stopped caring about customer satisfaction and mined customer revenue, because it was secure in its belief that the customer couldn’t move. One IBM executive at the time told me that IBM effectively sold air and the customer had to pay whatever IBM wanted to charge. (In my head, this guy’s picture will always be in the dictionary under the word idiot.)

Microsoft got to 95 percent market share in PC operating systems, productivity apps, and browsers, which meant, in effect, it owned the market. It pulled funding from Internet Explorer, focused more on company competition between siloed units, and really stopped giving much thought to customer satisfaction. Microsoft became so convinced that as a company it was invulnerable that it didn’t even see Apple or Google coming and both companies rolled through Microsoft’s dominance like a hot knife through butter. Even though Microsoft was warned with the iPad, it was still unable to respond effectively. So now Apple and Google landed at the center of what was Microsoft’s world, but to do so, Apple had to pivot the market toward mobile devices and Google just slipstreamed past Apple’s mistakes. (This is something that Microsoft could have easily done, but it didn’t even see as an option.)

The incredible irony is that feedback from OEMs and developers showed that Microsoft has actually always been easier to work with than Google and especially Apple, but Microsoft was caught so off guard that it was incapable of executing a successful defense. 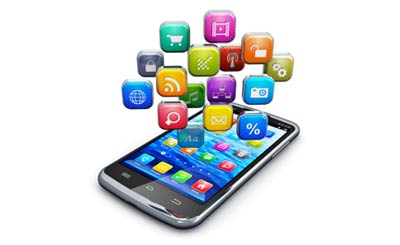 Competition Is Critical for Survival

Apps form a competitive barrier, a lock out if you will, for competitors because app developers are free to develop elsewhere (when they aren’t, that is considered illegal and falls under anti-trust), but they won’t because they go where the revenue is. But if there was a common platform—say, a virtual machine that was mandated—then all apps would run everywhere. This would remove what is currently a legal tool that creates unfair support for dominant or monopolistic firms. It would also force companies to stay focused on keeping customers happy and on being competitive in the areas they control, because if they don’t, the customer can easily move to another platform.

In short, it would force companies to continue to compete and this should help them avoid the problems, both for the customer and the firm, that result when a company executes a lock-in strategy and becomes dominant.

The problem with a government standard is that once in place, it is difficult to change. And a broad standard on apps that is controlled by government could cause the market to stall, because apps would become hampered by the inability to advance around the standard and make better use of hardware breakthroughs. Industry standards tend to advance better, but they don’t have the teeth of a government standard. Also, sometimes such standards can become dominated by one company, which then gains an unacceptable advantage. However, even then, you don’t appear to get to the same level of lock-in you have when a vendor product becomes the de-facto standard. Intel drove the Wi-Fi standard, for instance, but that continued to advance and there is still plenty of competition in that segment.

The government-driven USB standard for phone charging hasn’t changed even though we could argue that there are a lot of power choices like inductive and resonance that would be far better if they were allowed to replace the USB port. But we just aren’t seeing that flexibility. Ideally, the solution would be a blend of government enforcement and industry-driven activity. This process seems to finally be working with automobiles; in the 70s, smog, light and safety standards almost killed the U.S. auto industry. But now the government and industry seem to be working together far better and advancements appear regular and relatively safe.

Wrapping Up: I think Chen’s Idea Has Merit

Using the auto industry and government as an example of a process that could assure both advancement and customer benefit, I think the idea of application neutrality has a great deal of merit. I think it could go a long way toward preventing the market correction that would likely damage the current dominant companies in the mobile and PC markets. It would also both assure lower prices and a more consistent customer experience across vendors than currently exists. Assuring competition is in everyone’s best interest and, as a result, I disagree with others who say that Chen’s idea is stupid, and instead fully support that it falls within the government mission and mandate, and should, with my suggested approach, be adopted.