10 Things to Get Excited About in Android Marshmallow

The next major version of Android 6.0, Marshmallow, is expected to be announced this week, with the first smartphones that come preinstalled with it to be available shortly after.

While Google has announced that Marshmallow is an incremental update that focuses largely on bug features, it does offer some new capabilities and a number of tweaks that users will look forward to. We’ve listed 10 of the most compelling features in the following slideshow. 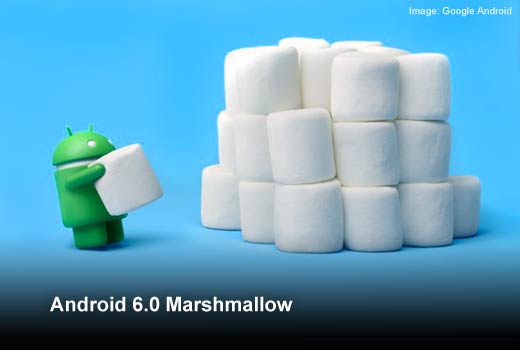 Click through for 10 of the most compelling features users can look forward to in Android 6.0 Marshmallow. A smartphone is no good if it is out of juice. In a bid to extend battery life further via software, Marshmallow will be more aggressive than ever when it comes to power management. Specifically, a new “Doze” feature will utilize motion detection to note extended periods when devices are not in use. This will allow the platform to make an informed decision to enter into a much deeper sleep mode to further depress power consumption – but with no repercussions on normal usage. While some device makers have incorporated fingerprint technology into their smartphones, Marshmallow is expected to take this further with standardized support for fingerprint sensors. This will dovetail with Android Pay on the backend with the use of APIs that developers can access, resulting in tighter device security and smoother mobile-commerce experience in the months ahead. Use Your SD Cards as On-Board Storage

Despite dropping support for external micro-SD cards in its own Nexus devices, Marshmallow makes it possible to use external storage cards for both apps and data. Called “Adoptable Storage Devices,” the feature will essentially format and encrypt the external drives, allowing them to be used for holding apps. Of course, the encryption does mean that you won’t be able to interchange the SD card with another Android device. Interestingly, Adoptable Storage Devices not only supports micro-SD cards, but USB OTG drives plugged in to a micro-USB port, too. 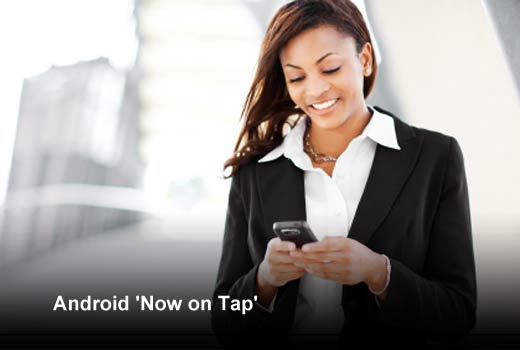 A new “Now on Tap” assistant promises to deliver Google Now-like content right from the current app that you are in. According to what was revealed in the developer’s edition, users can hold the home button from any app to perform a quick query on the information that they need. Now on Tap will also work with voice queries. Marshmallow looks to ratchet up on security by offering a more granular app permission setting. Instead of requesting a lengthy (and often incomprehensible) list of permissions at install time, Marshmallow will instead request permission for activities when they are required for the first time. And in case you were too quick and tapped on the wrong permission option on this front, know that individual permissions for an app can be easily revoked from the settings manual. Android Marshmallow adds support for USB Type-C, which Google says will allow devices to be charged much faster than existing micro-USB products on the market. Importantly, the support for USB Type-C includes the ability to instruct devices to charge another device over USB, which is a really cool feature in terms of helping a friend with a smartphone whose battery has gone flat. Do you get flustered whenever you try to copy text from one app to paste into another? Marshmallow promises a better experience with a new text selection algorithm that is more intuitive. This works by highlighting text by the word when expanding an initial selection, but offering more precise by-the-character selection when retracting. In addition, a new floating menu offers controls such as cut, copy and paste next to your selected text – rather than in the toolbar at the top of the display. 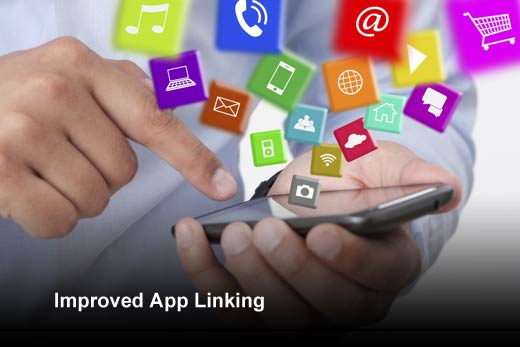 Forever annoyed by “Open with” pop-up boxes whenever you tap on a link in Android? Vastly improved app linking in Marshmallow means that Android should be able to figure out whether a link should be opened in a Web browser or an app by itself. This should translate to fewer pop-up boxes and a smoother overall experience on Marshmallow. While apps capable of memory management aren’t exactly new, Marshmallow does come with a beefed-up memory manager that expands on the limited capabilities of the managers in earlier versions of Android. The new memory tool should allow you to easily identify the apps that are hoarding the most RAM, including the average amount of RAM that they use from historical trends. If anything, this could help you decide on which of two similar apps to uninstall. Finally, screen rotation comes to the home screen in Marshmallow, meaning that you can use your phone in landscape format both in apps and on the home screen. Even if it means nothing to you, this is one feature that you can show to your iPhone-using friends just to annoy them.