While budgets and staffing levels are projected to remain about the same, business expectations are running high, leaving IT pros to grapple with multiple competing priorities. Many organizations have held off on technology refreshes, making technology end-of-life a driving force behind new hardware, software and services investments in the coming year. The survey also found that a significant number of organizations are still running Windows XP and Windows Server 2003.

Nearly 47 percent of respondents expecting to upgrade operating systems in 2016 are planning to invest in Windows 10. Having reached its end-of-life in July 2015, 32 percent also said they planned on a Windows Server 2003 migration. With Microsoft SQL Server 2005 reaching its end-of-life in April 2016, 12 percent of respondents are planning a database application migration. Click through for findings from a survey looking at budgets, IT priorities and spending expectations for 2016, conducted by Spiceworks. IT spend on security hardware, software and services will remain flat year over year, with IT professionals planning to allocate 6 percent of their total IT budget to security. Security solutions will make up 6 and 9 percent of hardware and software budgets next year, respectively, and 6 percent of hosted/cloud budgets. However, 59 percent of respondents don’t feel their organization is adequately investing in security and 48 percent don’t feel their company data is adequately protected. Additionally, only 26 percent of respondents said recent high-profile security incidents have led their organization to change its security practices.

“The report paints a clear picture of how IT professionals expect to juggle competing priorities with only small increases in budget,” said Sanjay Castelino, vice president of marketing at Spiceworks. “In 2016, they’ll be forced to prioritize where to allocate time and resources across their departments and more often than not, we expect they’ll focus on pragmatic, ‘must do’ projects that keep their businesses up and running.” 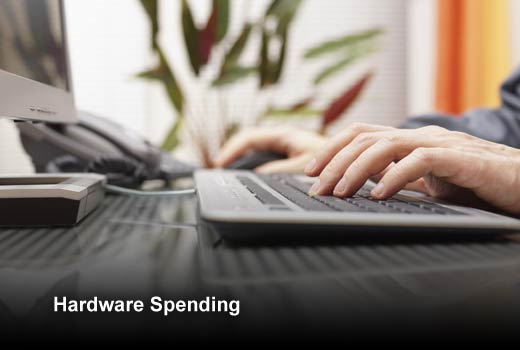 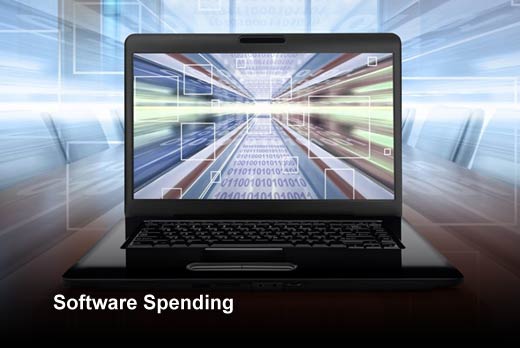 Software spending follows closely behind, with IT professionals allocating 31 percent of 2016 budgets to these projects, a decrease of two points from 2015. Of this portion of the budget, 15 percent will be spent on virtualization, 15 percent on operating systems, and 15 percent on productivity suites. Thirteen percent of IT budgets will be spent on managed services projects next year, a three point jump year over year, the highest jump in budget allocation year over year compared to other project areas. Nineteen percent of managed services budgets will be spent on IT services, 14 percent on connectivity/bandwidth, and 13 percent on storage/backup/archiving services. Spending on cloud services is expected to increase slightly in 2016 with IT professionals planning to spend 14 percent of their budgets in this area next year. Seventeen percent of hosted/cloud-based services budgets in 2016 will be spent on email hosting, 14 percent on web hosting, and 13 percent on online backup/recovery. Though only 29 percent of IT professionals stated that hosted/cloud services were important to current business practices, 43 percent believe that these services will be much more important to their organizations in the future.