Those of us old enough to remember The Jetsons are all too familiar with how intrusive a video phone can be. Remember Mr. Spacely yelling at George via video (and then George lamenting how he can’t even get peace from Mr. Spacely at home), or Jane having to use a perfectly made up and coiffed mask of herself when she received a call at an inconvenient time?

Judging from those cartoons – which came out in the ‘60s when everyone thought we’d have our own personal jetpacks by now – video phones were a necessary evil, and one that permeated both our business and personal lives. But a recent survey on telepresence adoption shows that The Jetsons were wrong.

Turns out, we like communicating via video, or telepresence – at least in the workplace. The survey, which Cisco sponsored and Ipsos Mori conducted, polled an international sample of workers from across 12 countries and discovered an underlying belief that telepresence is a beneficial tool not only for reducing travel time and expense, but also for helping the environment, building trust, improving group collaboration and increasing competitive advantage.

Employees in companies that currently have telepresence systems in place believe in the benefits of the technology more than those in companies without telepresence, but overall an astounding 68 percent believe video collaboration enhances the communication experience when they are working from home, while 67 percent believe telepresence helps maintain operations if work is disrupted, improves group collaboration and reduces confusion. Another 64 percent say the technology projects a forward-looking view of an organization.

But what’s really interesting is the finding that 90 percent of frequent users – those who use telepresence and/or video conferencing technologies once or more per week – believe video collaboration technologies save them at least two hours of work time a week. One-third of survey respondents who frequently use video collaboration solutions estimate they save close to one full day per week. Those are pretty impactful statements.

The promise of cost savings and user benefits with telepresence have been documented. Companies that have the technology clearly have a competitive advantage. The only thing holding most companies back is cost. The technology simply is not so pervasive that it’s affordable yet.

Luckily, telepresence and videoconferencing technologies are cropping up as a managed service offering for both enterprises and SMBs alike. Using a monthly usage fee and shifting the cost from a capital expenditure to an operational expenditure can be an easy and affordable way for companies to take advantage of the very real benefits of video collaboration.

The only issue left is where to buy those perfectly made up and coiffed masks of ourselves. 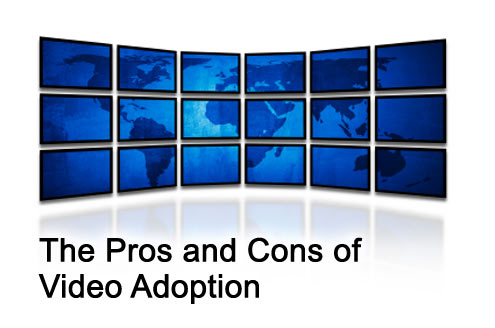 Click through for results from a survey conducted by Cisco on video collaboration adoption. Lack of budget and perceived high costs top the list. Fifty percent said they would save two hours or more per week. U.S. user population is starting to warm up to the idea. 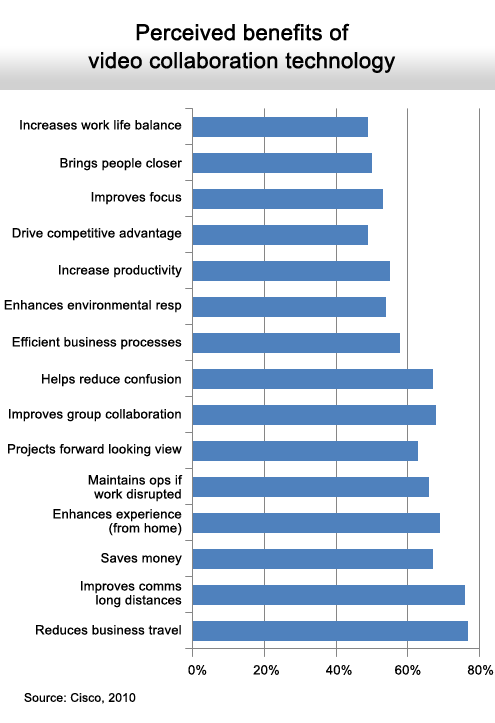 The benefits are wide and varied.