One of the bigger challenges IT organizations face as they begin to embrace microservices architectures to build and deploy applications is simply keeping track of what is happening when. Without any insight into what is happening across all the endpoints that are invoking any number of IT resources, it becomes difficult to determine what specifically needs to be fixed or optimized.

To address that issue, Varnish Software this week announced it is implementing open source Zipkin tracking software originally developed by Twitter on top of its engine for caching API traffic in the form of a product called Zipnick. Varnish Software CTO Per Buer says combining Zipkin and the Varnish API engine creates a central location through which IT organizations can gain visibility into microservices environments that, by definition, are highly distributed.

To accomplish that goal, Buer says Varnish Software re-wrote Zipkin, which was originally developed in a derivative of Java called Scala, in Python. Buer says this approach should make Zipkin lighter in terms of the weight it adds to the IT environment, while also making it more accessible to a much broader number of IT organizations. 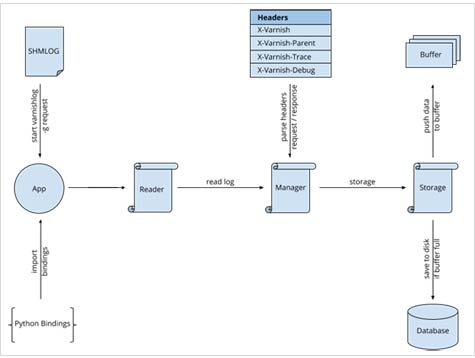 At this juncture, it’s pretty clear that enterprise IT is at the early stages of being transformed once again. While the concept of a service-oriented architecture (SOA) is not particularly new, the emergence of APIs and containers is making it possible to deploy lightweight services that developers can easily stitch together to compose an application.

Obviously, that approach to building services across the enterprise represents a major challenge for IT operations teams. Rising to that challenge will require some way to centrally manage microservices using a framework that doesn’t get in the way of the endpoints trying to make use of those services.

Previous articleBYOD for the CIO: Maximize Productivity While Maintaining Security
Next articleSecurity Artifacts – The Hunt for Forensic Residue