The State of SMB IT

While small to medium business (SMB) organizations are usually viewed as laggards when it comes to emerging technologies, a new global survey of 1,498 IT professionals that belong to a social networking community managed by Spiceworks, a provider of IT management software, finds that a majority of SMB organizations are pretty far along the curve when it comes to adopting new IT technologies.

That data suggests that SMB IT organizations in the first half of 2012 are relying not only on IT more than ever to compete effectively; they are also willing to make strategic IT investments even in the most challenging of economic times. 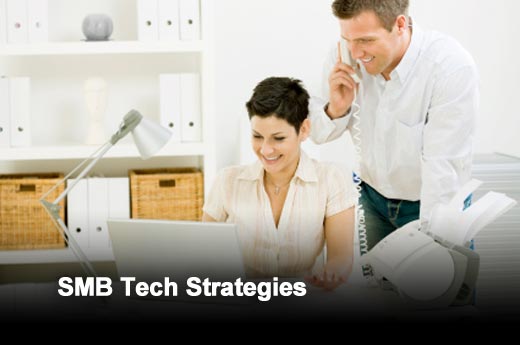 Click through for results from a survey on SMB technology plans and spending for 2012, conducted by Spiceworks. 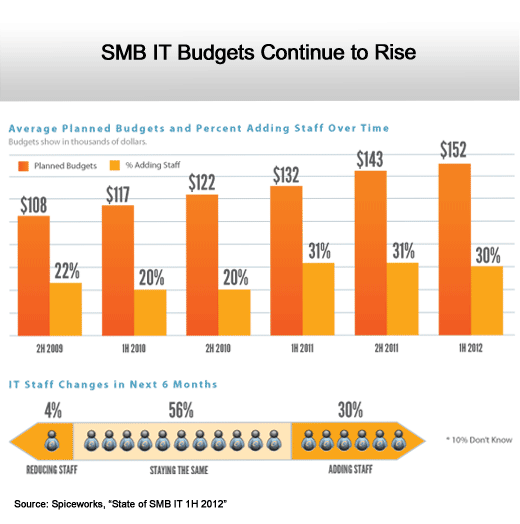 Budgets continue to rise while the number of companies adding staff remains stable. 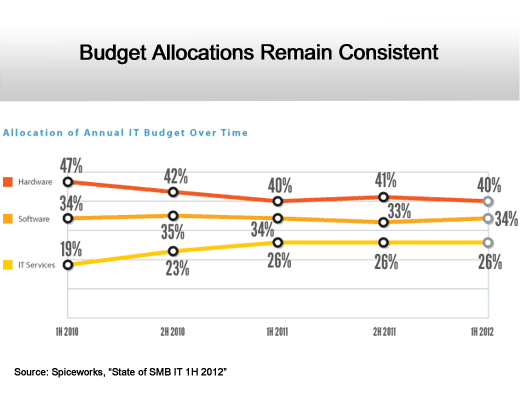 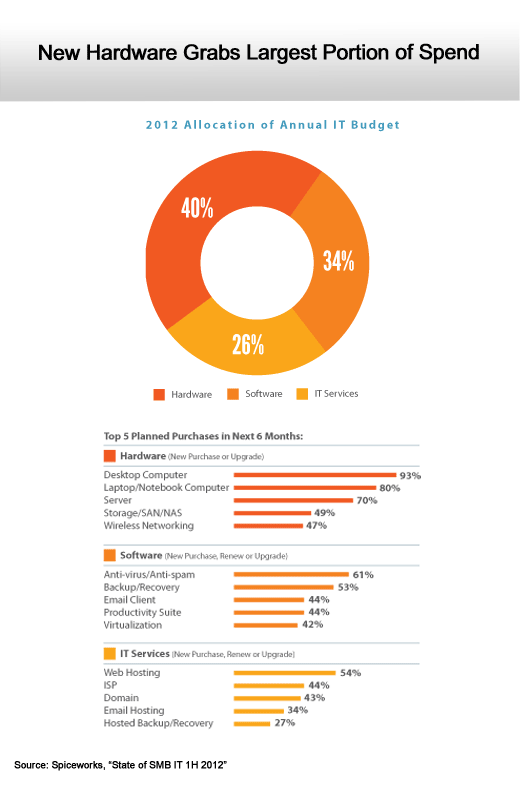 But Hardware still consumes the most. 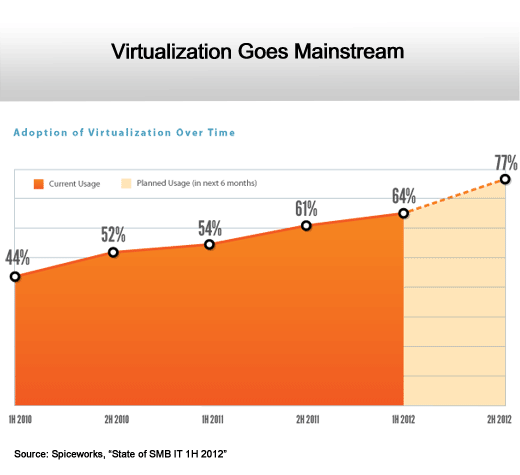 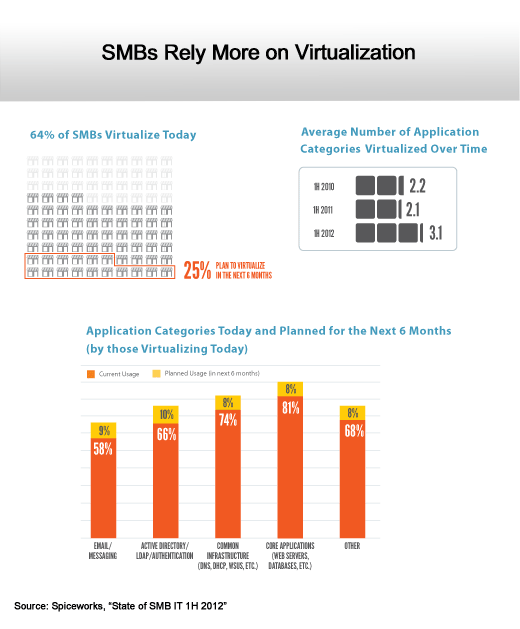 Number of applications running on virtual servers is broad. 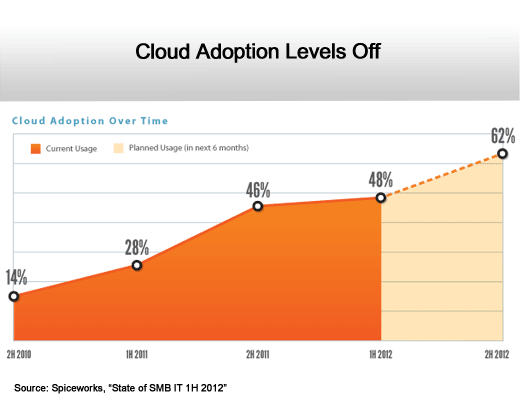 But is expected to continue to grow. 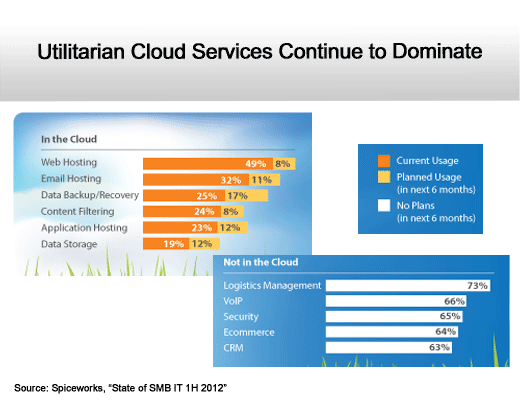 Not ready to put critical applications in the cloud just yet. 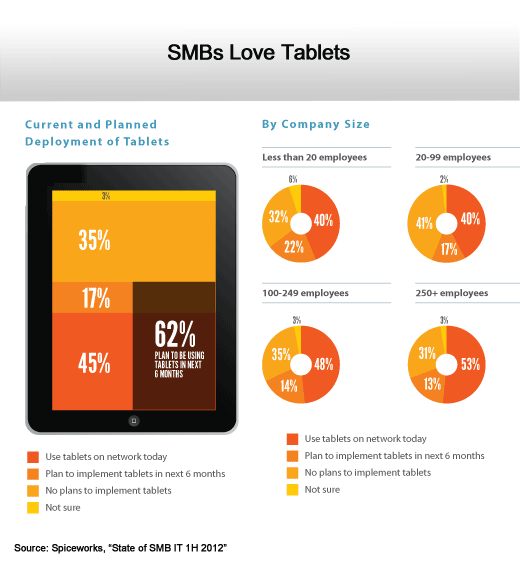 Rate of adoption is phenomenal. 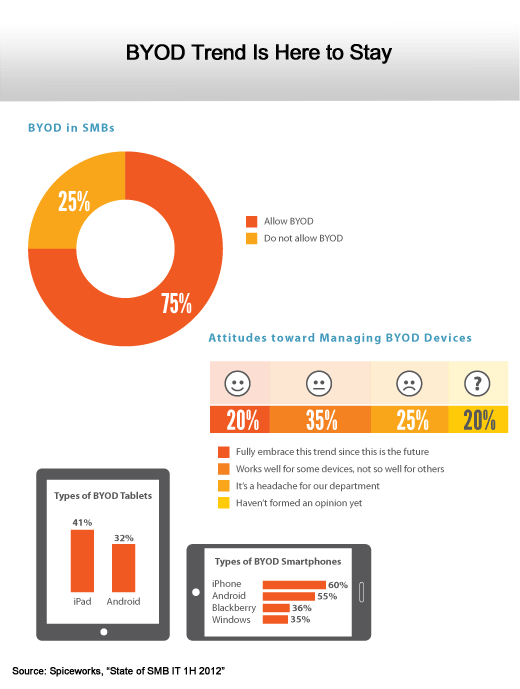