Shi’s first piece of advice is to hire what he calls “hungry” developers over “star” developers. I asked him to explain the difference.

“A hungry developer is one who is eager to learn, eager to make her mark on her career—a type of person with strong potential, but who still needs to grow,” Shi said. “You can meld this type of engineer into your corporate culture well—they are like growth stock and value stock, all in one. Those star developers are more like expensive stock. Technology evolves very quickly, so if someone relies on her star power or past knowledge and plans to earn a big paycheck, that’s the type of engineer we are trying to avoid.”

“Ask the engineer how she would solve a business and technical problem, why this solution is better, and why that solution is ruled out,” Shi said. “Figure out if she can come up with different solutions to different problems, rather than quizzing her on acronyms or on a specific area. You will be surprised how some candidates are eager to chase buzzwords and new hot concepts, and are unable to illustrate how the fundamental pattern in engineering remains the same, whether you’re building the Golden Gate Bridge or an iOS app.”

I found it interesting that Shi tended to use the feminine pronoun “she” in his responses to my questions. It appeared to be his way of highlighting the importance of having a gender mix on any software development team.

“There are more and more female developers in the space—women have great intuition and patience, and those are great virtues in problem-solving,” he said. “When you have a team, a gender mix gives you broader perspectives. So both genders have needed problem-solving skills—guys may be more analytical; some girls may be more intuitive.”

I asked Shi, who is from China, to  compare the relative strengths and weaknesses of candidates from inside and outside the United States.

“[At the risk of] falling into a stereotype trap, developers from the U.S. have a language and cultural advantage, which is an important component of problem-solving,” he said. “Foreign-born engineers tend to thrive on getting things done with a high level of endurance and persistence.” 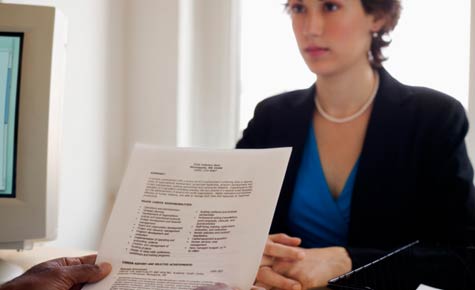 So how important is it that a candidate for a software development or engineering position have a four-year college degree? Shi said it’s important, as long as it’s not a blind requirement that might create a missed hiring opportunity.

“Unless the person has a strong list of references, or a known track record, it’s still preferable to select your software engineers from those who have a four-year college degree,” he said. “However, by doing so, you may also overlook some genius [individuals] who simply feel bored in school. Some of your best talent may be those who are self-made.”

Finally, I asked Shi what advice he has for young people who aspire to have a career in software development. I loved his answer.

“Understand the software development fundamentals: It’s a combination of engineering process, craftsmanship, and artistic design,” Shi said. “It’s a layer between humans and data; it’s a layer between humans and other humans. Software is human-ware. Those who want to have a successful career in software should broaden their knowledge base, learn the fundamentals, and understand that the programming language you learned in school will become obsolete when you join the work force. What matters are those things you learn behind the coding syntax.”