Docker containers may be all the rage these days with developers, but for IT operations teams, they can be something of a potential nightmare. Where 10 to 25 virtual machines once ran on a physical server, there could be over a hundred Docker containers. That level of potential Docker sprawl is enough to give any IT operations team cause for pause.

To address that issue, Sysdig today unfurled its Sysdig Cloud monitoring service that is specifically designed to give IT organizations insight into container performance issues.

The Sysdig company is fresh off of raising an additional $10.7 million in funding. Sysdig CEO Loris Degioanni says that as a cloud service, Sysdig Cloud exposes application programming interfaces (APIs) that make it simple for IT management applications to consume the data generated by its IT monitoring service.

Available as a software-as-a-service (SaaS) application or as software that can be deployed on premise, Degioanni says that Sysdig Cloud provides an agentless approach to monitoring containers that may be long running or, more often than not, it may wind up running for only a few minutes as part of an application development process. Whatever the use case, Degioanni says it’s clear that containers represent an IT shift that will require new approaches to IT management. As a fully programmable environment that is already being used by over 1,000 beta users, Degioanni says Sysdig Cloud provides IT operations teams with a framework that represents a major step in that direction. 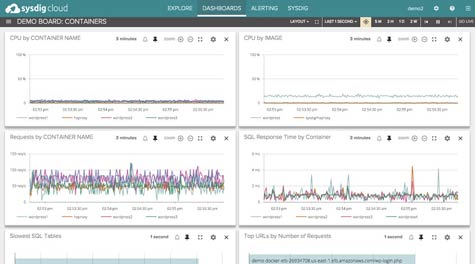 Most IT teams have yet to encounter containers running in production environments, and when they do, it is most likely going to initially be in the form of containers running on top of virtual machines. But it’s only a matter of time before containers become widely deployed on bare metal servers as an alternative to virtual machines. Once that process occurs, the IT management tools in place today are not going to be particularly well suited to deal with the container management issues of tomorrow.