Software-Defined Networking and the Enterprise

Now that hyperconverged systems that unify compute and storage have established themselves as the hottest trend in the data center, the only real question is what path most organizations will take to get there. While the most widely used path is to acquire new systems from a hardware vendor, SimpliVity has been making a case for a software approach that doesn’t lock IT organizations into a specific hardware platform.

Finally, SimpliVity announced that it is adding support for multi-node stretched clusters to provide IT organizations with an “active-active” approach to maintaining system availability, while at the same time making available a new predictive insights capability to select high-end customers to help them increase operational efficiency. 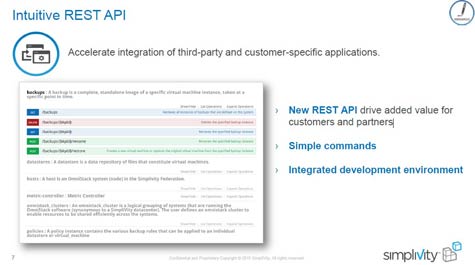 Andrew Haire, senior product marketing manager at SimpliVity, says eventually SimpliVity will make that predictive insights capability more broadly available. In the meantime, Haire says it’s clear that in addition to reducing the cost of acquisition for hardware and improving the performance of applications, IT organizations expect investments in hyperconverged systems to improve their overall operational efficiency. In fact, Haire says a report from IDC commissioned by SimpliVity shows that its customers reduced the percentage of their IT budgets allocated to maintaining system from 57 to 43 percent.

As a software stack for managing IT, one of the advantages that SimpliVity provides is that it can be deployed in either a local data center or in the cloud. Of course, it’s still early days when it comes to hyperconvergence in the data center. While there is clearly a tremendous amount of interest, hyperconvergence fundamentally changes how IT is managed in the data center. For many IT organizations, that means that making the shift to hyperconverged systems represents more a cultural than a technical challenge. At this juncture, there appears to be little doubt that most IT organizations will be embracing hyperconverged systems to one degree or another. Less clear is exactly who will be managing what inside those data centers once that transition is made.