Oracle this week announced a raft of new system offerings that spanned everything from database appliances to new Flash-based storage systems. But the most significant advance may actually be the level of control that Oracle is now giving customers over how many cores they use on a processor.

Like most enterprise software, Oracle software is priced based on the number of cores used. The latest Intel Xeon-class processors have 18 cores so the cost of upgrading to those systems can be substantial. But Tim Shetler, Oracle vice president of database product management, says that Oracle is now giving IT organizations direct control of the number of actual cores they use on a processor, which allows them to limit their software costs.

Among the first systems to provide this capability are the Oracle Database Appliance X5 and an Oracle Big Data Appliance X5, which not only support the latest Intel Xeon processors but also make use of a new non-volatile memory express (NMVe) bus that connects those processors directly to Flash storage. Like most existing systems, Flash storage is connected using legacy magnetic storage interfaces that are too slow to keep up with both faster processors and Flash storage. 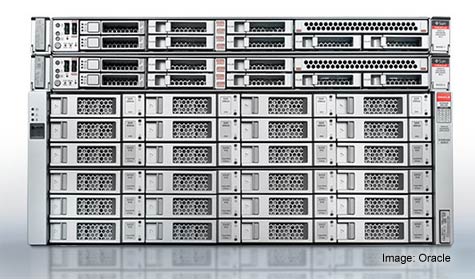 Oracle also announced the Oracle Virtual Compute Appliance X5, which is a converged infrastructure paired with use of Oracle Flash storage that Oracle says is 50 percent less expensive and easier to deploy than rival systems, and announced the formal availability of an Oracle Zero Data Loss Recovery Appliance to provide near instant data recovery in the event of unexpected downtime.

Shetler also notes that Oracle is now providing customers with more options in terms of configuring appliances by no longer forcing them to commit to a particular size rack installation.

All told, Oracle appears to not only be making the investments required to keep up with the next generation of in-memory computing applications; it also seems to be becoming a lot more flexible when it comes to the terms and conditions associated with taking advantage of them.