The 5 Essential Traits of Digital Innovators

This week, I’m at Microsoft Build 2016, the big developer conference, and I’m fascinated by the change I’m seeing in Microsoft. One of the most interesting things to watch over the last decade has been the impact of open source on Microsoft. This started as almost a war between the firm and the concept, but today Microsoft at Build is announcing that it is embracing the concept with an almost religious fervor. I see a real lesson in this and it’s one that I think should be captured: Sometimes when being pushed in a direction, it is far better to turn and run as fast as you can in that direction than fight the push. In effect, a better competitive advantage may be found in working to excel in a customer-driven change than fighting it. Microsoft is an example that the result is far more lucrative, as well.

One of the meetings that I remember most clearly was when Jim Allchin, who owned Windows at the time, met with me at my home. He was gloating about how Microsoft was going to stick it to the European Union, which had ordered it to open up its APIs to competitors, by charging those competitors exorbitant prices. I asked why he thought the commission, which isn’t made up of idiots, would allow that. He got a look like a deer in the headlights; apparently, that hadn’t occurred to anyone. The fact is that the commission wouldn’t, and didn’t.

Allchin moved on and there was a fundamental change in Microsoft on how to deal with that issue. Instead of fighting it, the company decided not only to embrace what the EU was asking but do it better than anyone else. Sun Microsystems, which had pushed for this change, couldn’t keep up, and this Microsoft effort contributed greatly to Sun’s collapse. (By the way, a few years before, Sun had me in for a strategy session. The then CTO drew a chart of the future, which he gleefully stated would be driven by commodity software and hardware, hurting Microsoft. I pointed out at that time that while correct, that future would hurt Microsoft, but Sun couldn’t survive it. Yes, Sun, to hurt Microsoft, had developed a going-out-of-business strategy for itself. It remains one of the stupidest things I’ve ever seen.)

Microsoft also believed that open source initially was almost like communism; it was anti-ownership largely because open source was connected to free, as in free beer, software.  But it doesn’t have to be, and today it isn’t.

It is now really like looking at a completely different company at Build 2016. Microsoft loves open source and in watching one panel, you could see why.  In one of the examples, a gaming company that needed a massive boost in platform performance contributed code that Microsoft later validated and adopted, which provided that performance. Not only did Microsoft end up with a better product, the customer ended up with a solution it could actually use. Rather than fighting for control, the two parties solved their mutual problem and both were happier as a result. More importantly for Microsoft, the product was far more competitive and had greater sales potential.

Microsoft is clearly getting fewer complaints and its fan base is growing again. In fact, based on the folks on the panel, there is a growing and significant fan base for Microsoft. It actually reminded me a lot of how folks thought of the company in the 1980s, and comments made suggested many see Microsoft as a young, dynamic company again as a result. 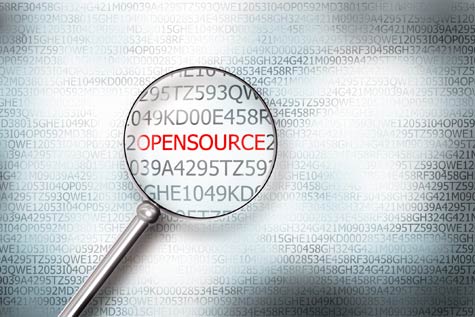 One of the things I’ve noticed about proprietary companies as they age is that they tend to isolate themselves from the world and focus more on protecting not only the proprietary products but the business process. They become unable to change because they lock down on the world as it is, start advancing revenues through pricing changes rather than better products, and rely on their dominant position to protect themselves, only to find that the world changes and dominance becomes transitory.

By moving to an open source cooperative model, each unit is forced to constantly compete in real time, not just with product but with customer engagement, which seems to better insure the firm’s long-term future.  Granted, this may adversely impact short-term profits, which is what makes this approach so difficult to promote in companies used to the proprietary model.

So by running toward open source, Microsoft is doing more to assure its future than running away from it ever did.

Wrapping Up: Positive Change at Microsoft for Employees, Customers

This kind of reminds me a little of being forced to eat your vegetables. In the end, if we can find a way to enjoy the vegetables, we’ll have longer, healthier lives. Just so with open source, which is simply one way to better engage with and cooperate with customers. Yes, you do give up a certain amount of control, but as Microsoft is showcasing, it can not only still be lucrative, but the firm is healthier, far more pleasant to work with, and far more likely to survive change as a result.

I actually think the Microsoft employees are having far more fun and that this change has turned the firm into a far better place to work as a result. I see a very different Microsoft this year at Build; it’s much more similar to the little firm it was in terms of practice and engagement in the 1980s than the firm during the last decade and, at least with respect to the folks I’ve spoken with, the change is well received by both customers and employees. Swimming with the open source current has apparently paid some rather fantastic dividends for the firm. Both Bill Gates and Satya Nadella have good reasons to be very proud this week.