How to Navigate the Common Pitfalls of Security Policy Management

A study from Ponemon Institute describes the world of mobile enterprise app security, which continues to be rather frightening. The lack of consistent policies is a danger point: Only 19 percent of IT departments have checked mobile apps brought into the enterprise through Bring Your Own Device (BYOD) work structures. Perhaps even more surprising – and distressing – is that only 22 percent of IT departments realize that scanning is important.

In a BYOD environment, apps are far more likely to originate outside the company. The dangers grow as control fades. The number of apps that people download, which can all be problematic, is startling, according to two firms referenced in the story at Forbes:

Author Gail Dutton adds that a consolidated corporate store that aggregates and secures apps is a good step toward meeting the challenge.

TechRepublic’s Paco Hope points out that enterprises both create their own app stores and rely on public entities such as Google Play and Apple’s App Store.

Hope writes that security response time for vulnerabilities on the public stores can be weeks long. That’s not the only issue: Third-party code incorporated into the apps (for such things as authentication and push messaging) could expose the enterprise “to unknown or unexpected legal risks.” In other words, if a data breach or another problem is caused by the app, the company likely will be liable, no matter where the bad code originated. And the mobile app functionality can shift over time and, in some cases, enable actions with which the company is uncomfortable. 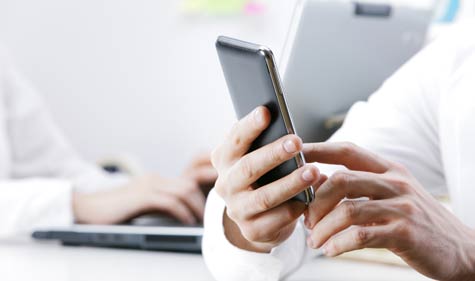 Sthanu also points to the fact that the security of the mobile device itself is important. Jailbroken or rooted devices are vulnerable. It is important to install remote wiping capabilities. Finally, context and risk factor analysis is an important way to protect the organization when a mobile app is attempting to connect to backend services and databases.