When it comes to the world of IT security, the saying “no news (read: a data breach) is good news” couldn’t be more right. However, in a time when market giants across all industries are at risk of getting breached, the discussion has turned from finding ways to stop persistent hackers to finding ways to actually combat persistent hackers. These relentless individuals spend their days and nights scouring for ways to break into an organization and steal what matters most: data. Because it’s no longer a matter of “if” but rather “when” a company will get hacked, it’s time for end users to face the facts.

IT security experts can agree that it’s essentially impossible to keep hackers out of your network and, as a result, enterprises must find a solution that will make coveted data inaccessible or better yet, completely useless. Enter data encryption. Encoding information in a way that only authorized parties can decipher leaves stolen data useless in the hands of an adversary.

Data encryption seems to be the logical choice when it comes to implementing a sound security strategy but there are still skeptics. Data security vendor WinMagic breaks down the five most common misperceptions that keep organizations from adopting encryption policies. Click through for the five most common misconceptions that keep organizations from adopting encryption policies, as identified by WinMagic. Myth #1: Data Encryption Slows Everything Down

The origin of this myth dates back to when computer processors were less powerful. Data encryption technology would make them slower, because it was yet another process processors had to run. At the enterprise level, encryption created measurable bottlenecks across networks. As a result, people began to believe that data encryption negatively affected performance.

Today, computer processes are significantly faster. They handle encryption so efficiently that users barely even notice the process is taking place. 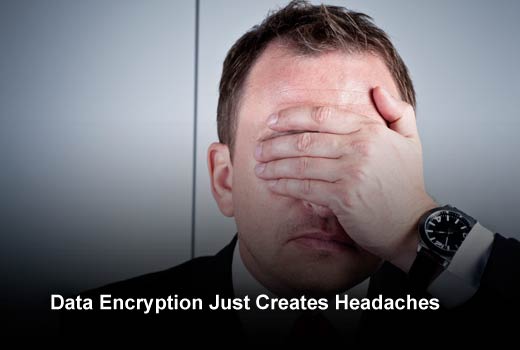 This is another myth with historical origins. Old-fashioned encryption solutions required complex password reset mechanisms, forced IT admins to shut down all security when provisioning and required them to specify device users in advance, which made deploying the solution much more difficult.

Modern encryption solutions, however, allow IT admins to manage encrypted endpoints in the same way they do unencrypted endpoints, as long as they are connected to a network. This ability reduces the total cost of ownership. 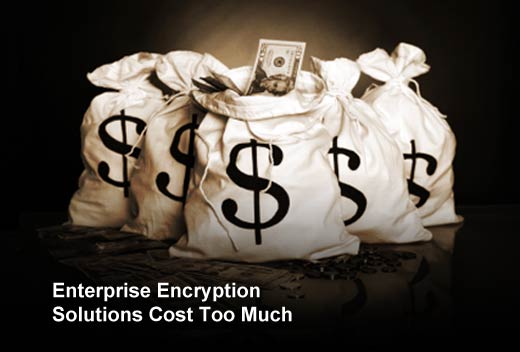 There’s a myth that data encryption and decryption systems will cost a company too much money. Business leaders only believe this erroneous assumption because they haven’t considered how much a security breach would impact the bottom line.

Losing a device such as a laptop has greater consequences than the need to replace a computer. A firm could lose intellectual property if the data wasn’t properly secured. And what if a hacker succeeds in stealing information? There could be high legal costs and regulatory penalties a business would have to pay as a result. In the long run, spending the money on a data encryption and decryption solution is far cheaper. 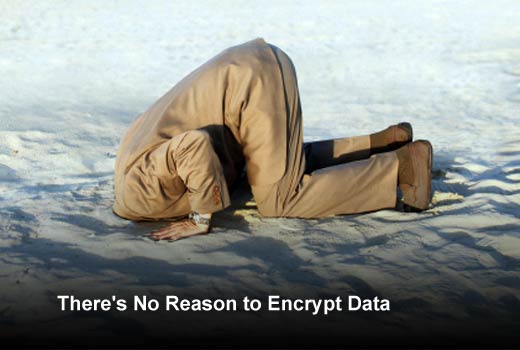 This belief is born out of ignorance. Information is one of a business’ most important assets. Encrypting it is by far the most effective security measure you can take to protect it. As with Myth #3, saving a little money on not deploying a decryption solution will cost you more in the future.

Furthermore, not encrypting certain kinds of data violates local, state and federal regulations. For example, health records and financial information must be encrypted. If the data is not encrypted, the organization can face hefty fines. 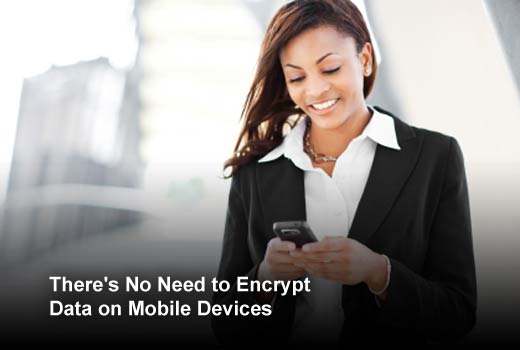 Myth #5: There’s No Need to Encrypt Data on Mobile Devices

Mobile devices such as tablets and smartphones transmit information just as desktop computers do. That means that data in transit is just as vulnerable. If a mobile device is lost or stolen, a criminal can steal intellectual property or other sensitive information.

Select a data encryption and decryption solution that accommodates all of your company’s diverse devices and operating systems. The choice not to encrypt could be very expensive.